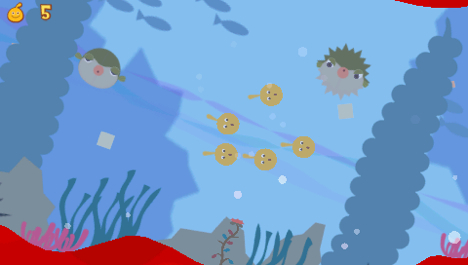 Just like Patapon 2, LocoRoco 2 had a little trailer presented for the PSP portion of the Sony press conference. Luckily, we have been given some new screenshots. These should tide us over until we get some real validation on the sequel to the greatest game on Earth, LocoRoco.

Last week, when we reported on LocoRoco 2, we learned that the Japanese version was 75 percent complete and LocoRoco can now swim underwater and bite more stuff. We haven’t learned anything new since then, but it needs repeating that the LocoRoco can bite more things than just a rope. That means there is a chance players will be able to eat, hurt, and pull with teeth.

Aside from overzealous mouths, if these screenshots are any indication, this is still the LocoRoco that we enjoy. I’ve been expecting this title for a good bit now, and I am thoroughly excited. We’ll keep you in the know when we find out more about the game in the coming days.