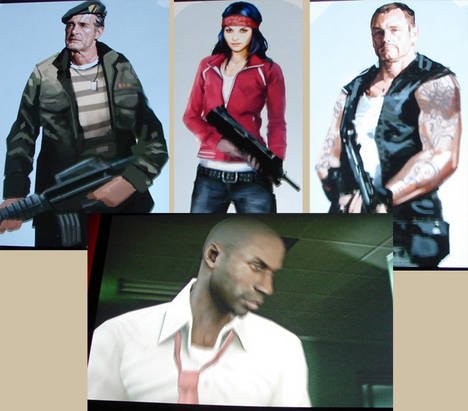 During the EA press conference yesterday, Gabe Newell from Valve came on stage to show off Left 4 Dead. Dale touched on the Director AI after the presentation and we now have video of that segment of just how the Director AI will work after the break.

During the presentation, we also got to see the debut of the redesigned four main characters. Shacknews talked with Chet Faliszek from Valve who explained why the characters were redesigned:

“”We’re showing them now, but they’ve been worked on for a bit,” he explained. “All the characters are being worked on almost non-stop. What it is a lot of playtesting that made us realize that we need to be able to separate infected from the survivors and make it clearer. One of the ways we thought we could do that was through clearer designs”

Would you be surprised to know that there’s already an online petition going around demanding the old character models to come back? Anyway, I for one love the new change, especially of lone female survivor Zoey. Zoey’s new design makes her look even more like Alésia Glidewell, whom Zoey is modeled after. Also, I have a giant crush on Alésia. Hey Alésia, call me!