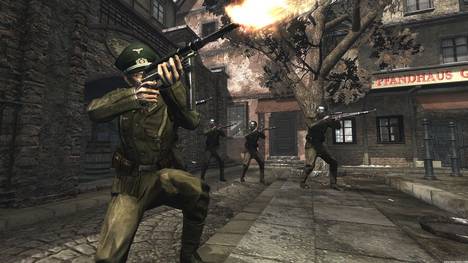 While the game doesn’t have a fancy name yet (we doubt it’ll simply be called Wolfenstein when it ships), we do know that the series’ protagonist William “B.J.” Blazkowicz is back and ready for action. The game once against involves Nazis and the occult, with a focus on an inter-dimensional portal known as the “Shroud.” B.J. will have to learn to use the “Shroud” against his enemies, as he fights alongside resistance soldiers.

No word on release date or platforms, but you can take a wild guess. More information on the title should be available at this year’s Quake-Con.