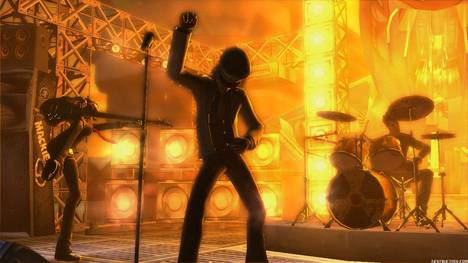 Speaking of Paramore, lead singer Hayley Williams was on hand to prove that she’s both short and young, in addition to announcing that she’d be included as a “playable” avatar in the game. She joined drummer Travis Barker, who will also appear in the game, along with other unannounced celebrities and musicians.

Some of this confirms information that was leaked via an online survey not too long ago. Other musicians rumored to make an appearance include Sting, Ozzy Osbourne, Ted Nugent, Zak Wylde, and Billy Corgan.