First impressions are very, very important. Case in point: despite my love of Square-Enix games, when I heard about Infinite Undiscovery last September, all I could think was “That is the stupidest f*cking name for an RPG I have ever head in my life.” It’s the latter half I can’t handle. Making up a word is certainly ok, but butchering a preexisting one just violates the rules of grammar in a way that messes up my tailfeathers.

Because of this initial impression, I walked up to the game on the E3 show floor this morning with no expectations whatsoever and little knowledge of what I would actually get to play. All I knew was that the screenshots were pretty, the battle system was real time, and I was still really mad about the stupid name.

Hit the jump to read how my hands-on time with Infinite Undiscovery turned my first impression into something else entirely.

First off, you may think you have an idea of this from the screenshots, but let me say it again because I can — this game is absolutely gorgeous in person. The crisp surroundings and character renderings jumped out at me as the first two memorable elements. Square-Enix is pretty fail-safe when it comes to delivering a graphically polished product, and Infinite Undiscovery definitely holds the standard firmly in place.

The demo starts with Capell, the game’s main character, trapped in a prison operated by a group called the Order. They call him the “Liberator”, a name which he has no understanding of whatsoever. I played through the scene where he meets Aya, a young archer that will join your party, and she helps to break him out. Later, you find out Aya is a part of a small group of warriors trying to rebel against the Order. 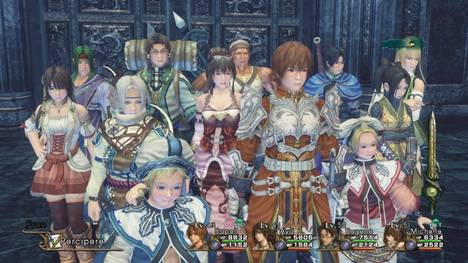 As per their usual modus operandi, the game has tons of cutscenes, which you may view as either good or bad. The ones I saw were not too long, which was a relief as I get antsy waiting too long to actually control my character. I noticed that all the facial expressions and body movements looked incredibly natural, which leads me to think Square may have used motion capture to get the characters looking so fluid.

The way you handle battle is interesting, and this is where Infinite Undiscovery really started to win me over. I love being able to play RPGs that innovate the act of grinding, and the real time approach sits very favorably with me (I loved the system used in Final Fantasy XII). Infinite Undiscovery introduces the Connect Ability, which allows you to use the abilities of the other people traveling in your party. You can’t actually play them in the game, but you can switch control to them to accomplish actions and use their special abilities. 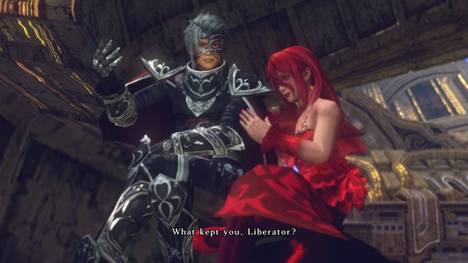 The only thing I noticed right off the bat about the Connect Ability is that it can be a little overwhelming the first time you try to use it. I doubt it will come off this way in the real game as you will likely work up to using it with multiple characters, but since I was playing an E3 build, I started with the scene with Capell and Aya breaking out of the jail and then the girl at the booth switched me to a part of the game where I had a party of three in tow and was exploring a jungle. As soon I was was attacked, I noticed you have to carefully balance out when you switch to other party members to use an ability as the enemy can use that vulnerable moment to attack you. It’s not a bad thing, but I think it may take some getting used to.

In fact, the use of real time goes even further than that — just like an MMO, opening your menu does not stop the game’s time and you are still vulnerable to enemy attack. I like that Square chose to implement this in a straightforward RPG title, as it definitely shakes up the formula and the genre could always use a bit of that. 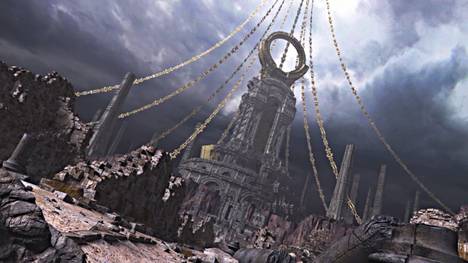 To walk up to a game feeling unenthusiastic and walk away really excited is almost more special for me than playing a game I was already excited about, and that’s exactly how I felt about Infinite Undiscovery. It looks and feels like a rich offering for RPG fans, and Idefinitely found it refreshing to stand outside the Final Fantasy universe and see what else Square can do. Maybe all these side projects aren’t such a bad idea after all.