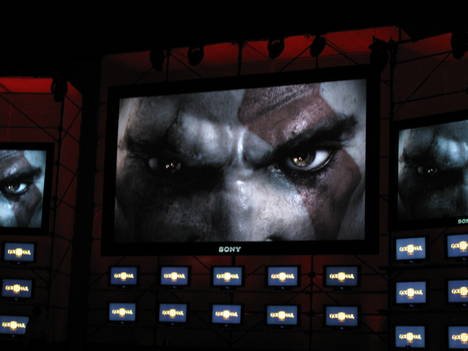 God of War III was finally announced towards the end of the PlayStation keynote earlier today. At the end of God of War II, Kratos and the Titans were making their way to Mount Olympus to take on Zeus and the remaining Gods. This little teaser shows the aftermath of Kratos’ invasion.

The pre-rendered trailer is pretty short and ends with Kratos standing on top of a ruined building and uttering the words “In the end, there will only be chaos!”.

Don’t expect God of War III until sometime in 2009. Hit the jump to check out the teaser trailer.