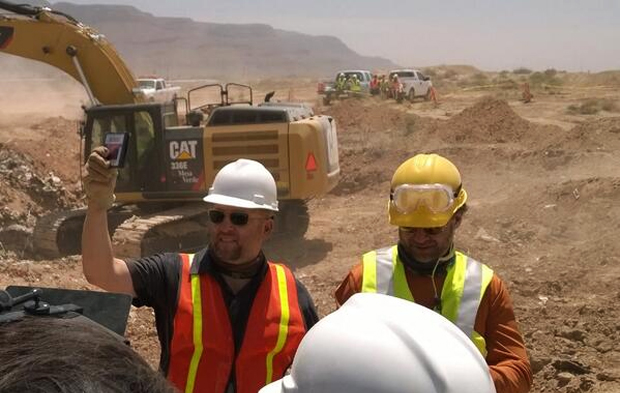 Sometimes truth is stranger than fiction

The legends are true. This weekend in Alamogordo, New Mexico, excavators uncovered the mythical cache of E.T. Atari 2600 cartridges, which were long rumored to have been dumped in the desert during the videogame crash of 1983.

The adaptation of Steven Spielberg’s 1982 film was only given a few weeks of development time ahead of the year’s holiday season. The result was not only one of the worst-received titles in videogame history, but also one of the medium’s biggest commercial failures. The game didn’t sell and Atari had to do something with a mountain of unsold copies.

Speaking with the Associated Press, James Heller, a former Atari manager in attendance at the event, was tasked with getting rid of 728,000 cartridges from the company’s warehouse in El Paso, Texas. According to a New York Times report from 1983, Atari scrapped 14 truckloads of games and other merchandise at the Alamogordo landfill. Thus far, hundreds of cartridges and other oddities have been pulled from the earth.

Next up: It’s high time somebody found those alligators in New York City’s sewer system.