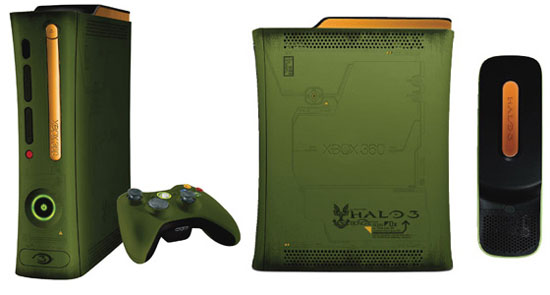 Play N Trade is hosting tournaments during the next four days and the winners will receive prizes each day which will include an Xbox 360 Halo edition, Wii system, the PS3 80GB system. Starting tomorrow, people can play in a Virtua Fighter 5 and Mario Kart tournament. On Friday, Tekken 5 and Guitar Hero Encore will be the games. On Saturday, it will be Soul Calibur III and Super Smash Bros. Melee. Finally, on Sunday, the tournaments wrap up with none other than Halo 3.

Hit the jump to see the exact times the tournaments will be held and maybe I’ll see you in the Smash and Halo matches!

LOS ANGELES, E FOR ALL, Booth #710, Oct. 15, 2007 – Play N Trade Franchise, Inc., one of the fastest-growing franchises worldwide, is hosting seven tournaments over the four-day E for All Expo with the winners receiving exciting prizes each day, including an Xbox 360 Halo 3 system, a Wii system, Guitar Hero Encore ‘80s edition, a PS3 80GB system, and in-store gift cards.

“Play N Trade is all about game playing, and our local and national tournaments are a huge favorite with gamers, so we are bringing that experience to the show floor, “ said Ron Simpson, founder of Play N Trade. “We’ve got a great line-up of games in a variety of genres being played on different systems, and are giving away some terrific prizes as well.”

The tournament schedule is as follows: