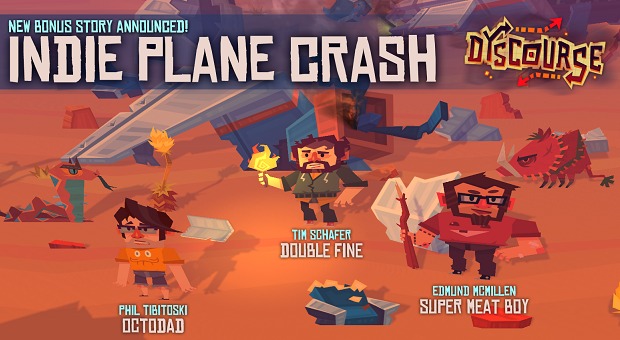 Progress on Dyscourse has been moving along, though perhaps a bit slowly. The Kickstarter campaign is about one-third funded with 18 days remaining. Hoping to spark some more interest in the project, developer Owlchemy Labs has announced the Indie Plane Crash, an additional story featuring ten independent game developers.

The best part about this addition is that it is neither a backer exclusive reward nor a stretch goal. Should Dycourse be funded, it will be included in all copies of the game.