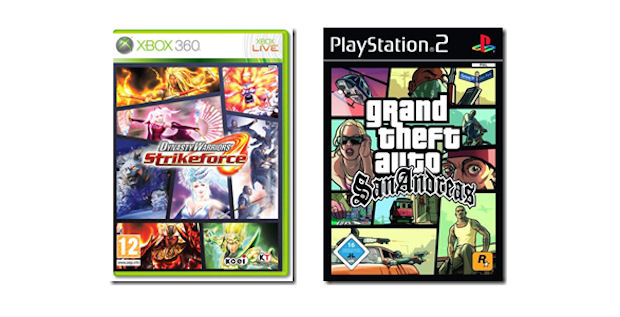 Koei Tecmo has revealed the European box art for Dynasty Warriors: Strikeforce, and it bears more than a passing resemblance to Grand Theft Auto. Dynasty Warriors cover art usually just has a picture of one character and tends not to inspire much interest, so this is quite a departure.

The considerably more busy “panel” style art definitely looks like something out from Rockstar’s library. I somehow doubt that Strikeforce will sell as many copies as Grand Theft Auto IV, but it couldn’t hurt to try a new approach, right?

Strikeforce is out today for Xbox 360 and PS3, and features online play. That’s pretty rad!

[Update: I originally stated that the cover art was North American. It is the European box. Strikeforce‘s NA cover features a solo DW character]