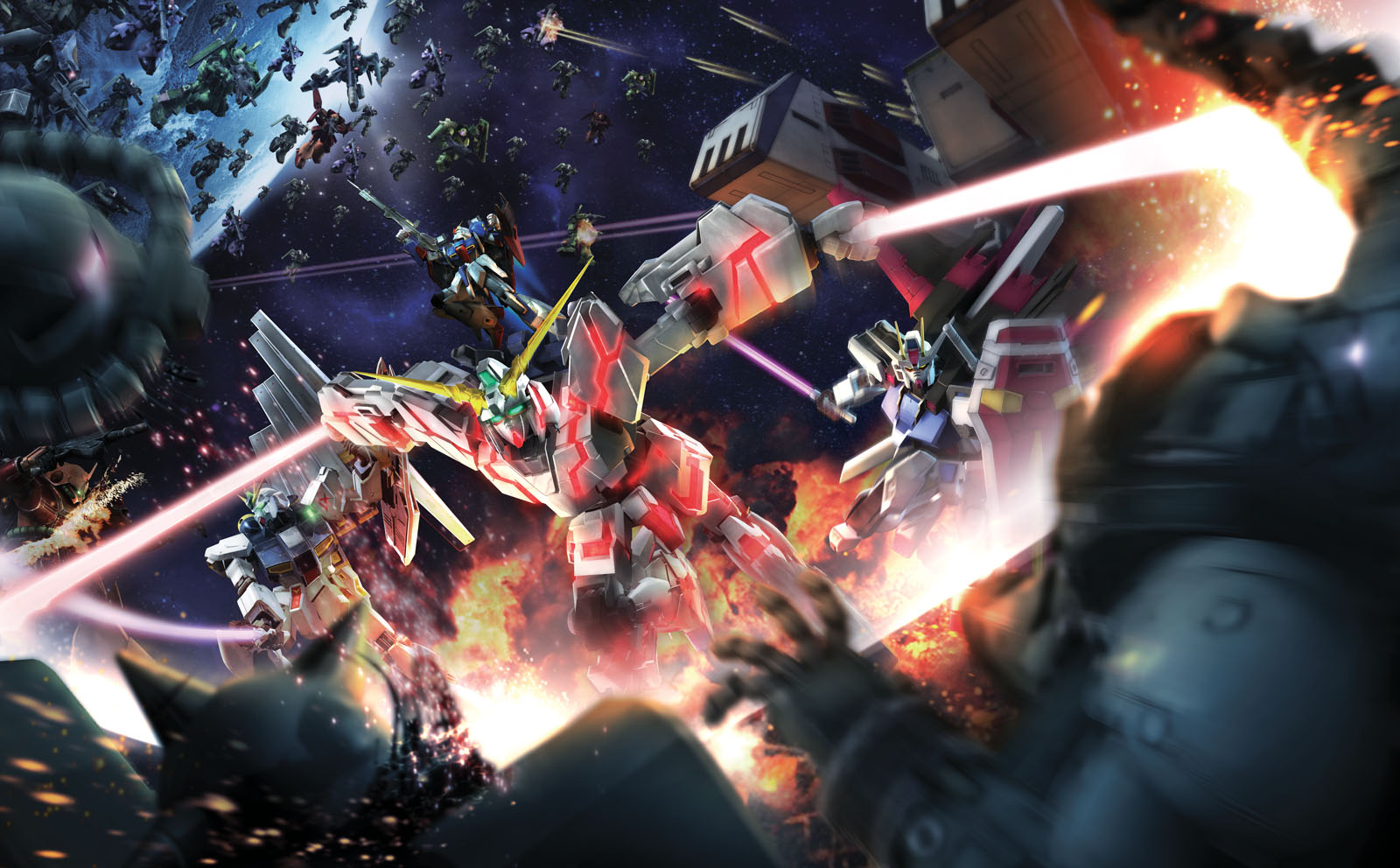 Nothing says Fourth of July like the laser light show that is exploding hundreds of mobile suits as you kick them like ants while piloting the giant mobile armor units.

For the first time in the series, SEED and Unicorn mobile suits are playable — over 100 mobile suits in all. You’ll be alternating re-enacting famous battles from the series and the Ultimate Mode which gives you new missions and allows you to play as any gundam.