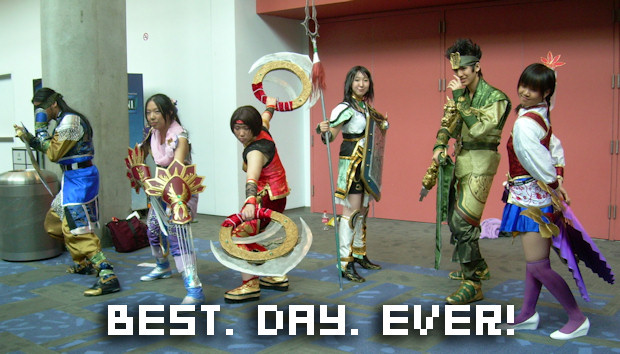 The greatest videogame series of all time, Dynasty Warriors, is having its very own day in London on Saturday, April 18. Packed full of cosplayers, things to buy and Dynasty Warriors Strikeforce playgroups, it’s literally the only place to be this weekend. If you live in London and aren’t attending, you are actually gay. Gordon Brown said so.

The bulk of the event will be held in the famous Tokyo Toys at the Trocodero. However, in an act that is sure to bear witness to multiple stabbings, the cosplayers will be parading around other parts of the city as well. Sounds like a fun day out, although I think Koei should go one step further and make it an international holiday. People should also be forced, with whips, to play the games. All of them. One after another.

They should be thankful for it, too.