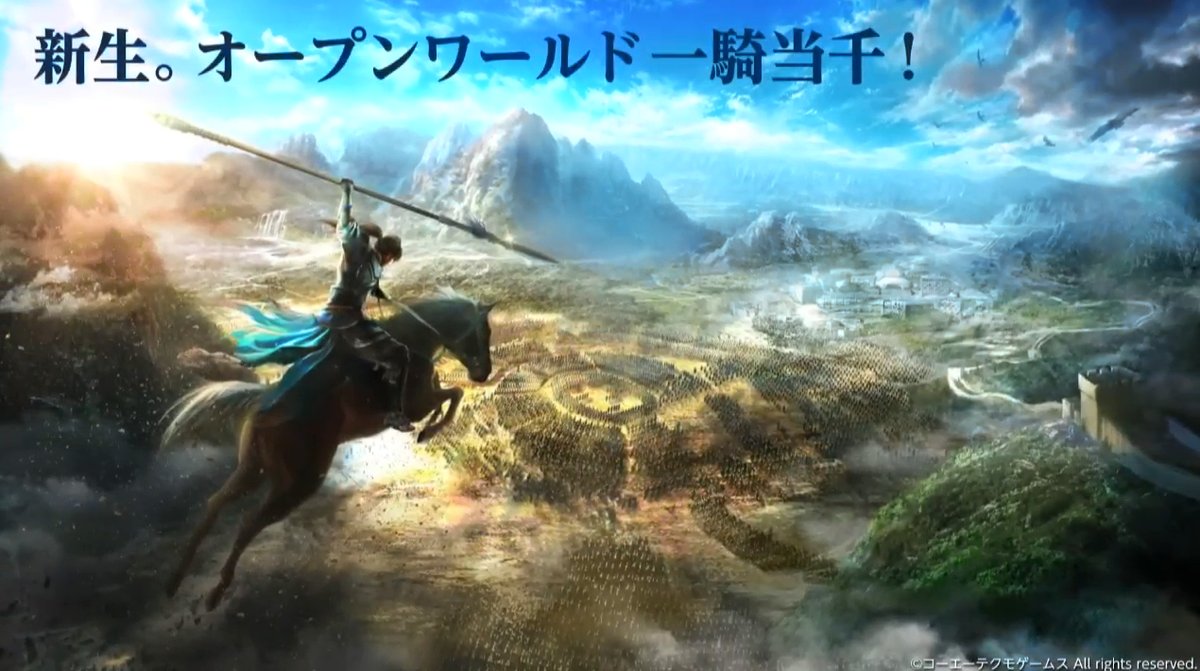 Revealed in an official stream today, Dynasty Warriors 9 (known as Shin Sangoku Musou 8 in Japan) will be coming out sometime in the near future. The game is a dramatic overhaul of the Warriors series in that it introduces a completely open-world China to explore. Along with that, every character from Xtreme Legends 8 will be included (with some new ones, I’m sure).

It seems the ambitions don’t end with just “open-world.” It looks like Koei Tecmo is looking to recreate the entirety of mainland China and allow players to seamlessly enter and exit villages at their leisure. While a lot of China is mountainous, therefore limiting the battle spaces, the towns are going to receive extra detail to compensate for the lack traversable terrain. The combo system is also looking to get an overhaul, which should please the naysayers of the series.

Dynasty Warriors is a divisive series for a lot of gamers. Some people are put off by the lack of “depth” in the combat while others love the escapist mentality the series embraces. While I’m a bit iffy on some of the earlier titles, I started to really fall in love with the release of Dynasty Warriors 7. It took great strides into making the series more tactical and skill-based. It also introduced interchangeable weapons for characters, so Lu Bu didn’t need to be your go-to wrecking ball.

No platforms have been announced for Dynasty Warriors 9, but I’m going to safely bet that PS4 is on the cards. I know Koei Tecmo has been making strides in providing PC ports for its games in the West, so that might be a safe bet too. As for anything else, your guess is as good as mine.