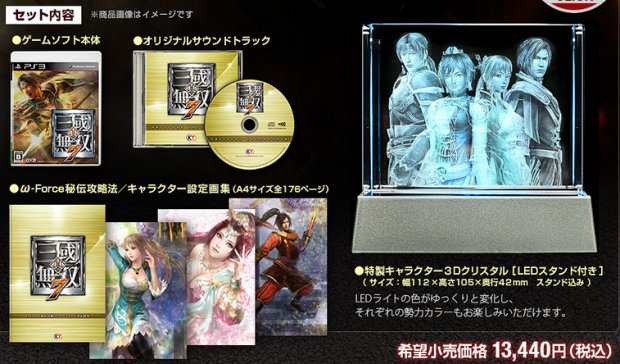 In Japan, Dynasty Warriors is a big enough deal to justify special editions. These “Treasure Box” versions are packed with extra trinkets, but never make it Stateside. Dynasty Warriors 8‘s Treasure Box is classy enough to make me consider an import, though.

The next installment in Koei’s long-running series is packed with a soundtrack CD, art book, and a 3D crystal paperweight that lights up and changes color. It features four characters, and looks quite pretty indeed.