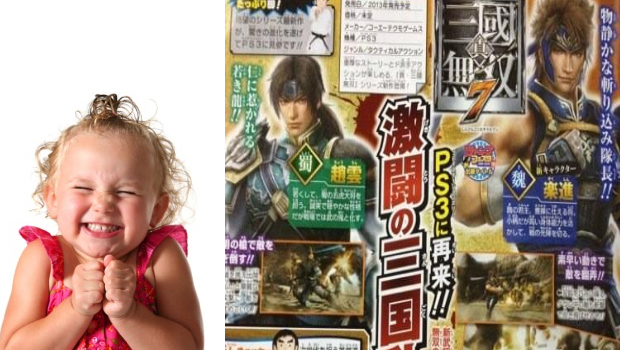 Dynasty Warriors 8, the next installment in the GREATEST SERIES EVER AND IF YOU DISAGREE YOU ARE A RACIST PROBABLY, has today been announced via Jump magazine. If you couldn’t tell, I am kind of excited.

So far, all we know is that it’s been announced for the PlayStation 3 and is due to hit Japan in 2013. Also, Zhao Yun’s new character model has been revealed, alongside a totally fresh face — Yue Jin, from the kingdom of Wei. His introduction to the series has been a long time coming!

I know, I know, a lot of people hate this series. I always find something to entice me, though. I refuse to be ashamed! I just hope they’ve gone back to giving each character its own unique weapon and moveset. Get that back and we are golden.