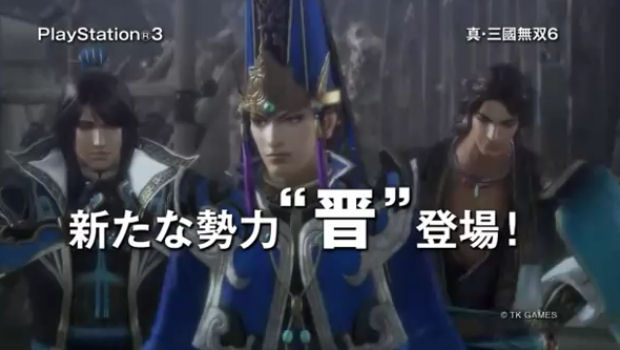 A new Japanese trailer has arrived for Dynasty Warriors 7 (hitting NA on March 25), and it has plenty of shouting in it. That’s really all you could ask for in your Japanese trailers, right?

The footage shows Sima Zhao surfing on the back of a downed enemy, a whole mass of Jin characters doing some talking, and the weapon-switching system that will feature heavily in the combat.

My one fear with this game is that it will end up like Dynasty Warriors: Strikeforce, which was excellent except for the fact that everybody being able to share weapons took the uniqueness out of the characters. I hope it’s not another situation where, once you unlock Lu Bu’s turbo-powerful weapon, there’s no point in using any other moveset.

When you have over seventy characters, I’d like them to not all play the same, thanks!