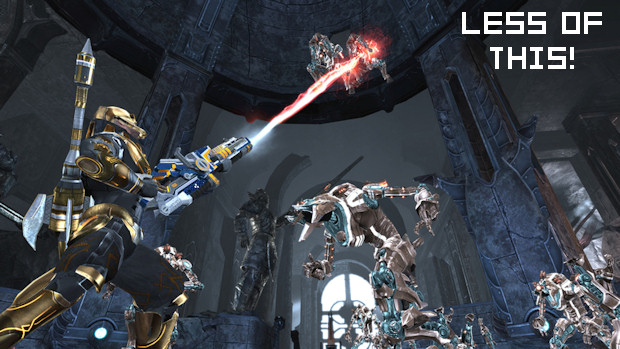 Denis Dyack has been having a good old moan about the state of the industry, claiming that too many games are being made, and that consumers are in danger of being overwhelmed if we don’t embrace a “single platform.” As I look at the five Guitar Hero games that are slated to release in a single year, I must say that ol’ Denis might have a point on this one.

“There were 300 or so games released last November,” explains Dyack. “We’re in a state of performance over supply. We’re making more games than consumers can possibly consume. Marketing is having a disproportionate effect over the success of games because there’s so many out there people are ignoring us.”

Well, you know how best to fix that, right? Maybe if you stopped making games, other studios would follow your lead. Go on Denis, take one for the team and boycott the idea of making anymore Too Human titles … please?