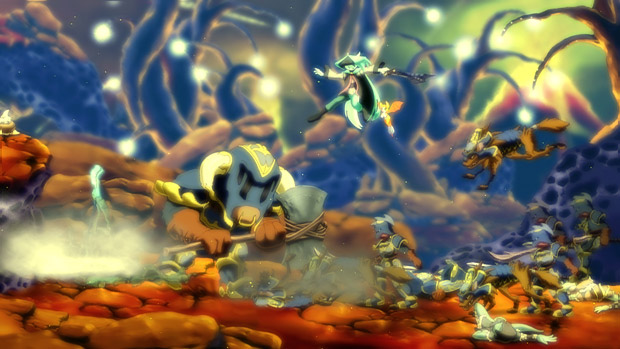 Another late, but still great game for PC players

Dust: An Elysian Tail designer Dean Dodrill has slapped a May 24th release date on the Steam version of his acclaimed, previously-Xbox-exclusive 2D action game.

This is only coming to Windows for the time being, but Dodrill has not entirely ruled out Mac or Linux ports. He’s also confirmed that Games for Windows Live won’t be used; instead, Dust will rely on Steamworks for achievements and cloud saving, and it’ll be “constantly supported.”

Along those lines, there are plans to put out a title update for the original Xbox Live Arcade version which “includes all updates from the PC version.” I hope this game continues to do very well across any and all platforms it hits.