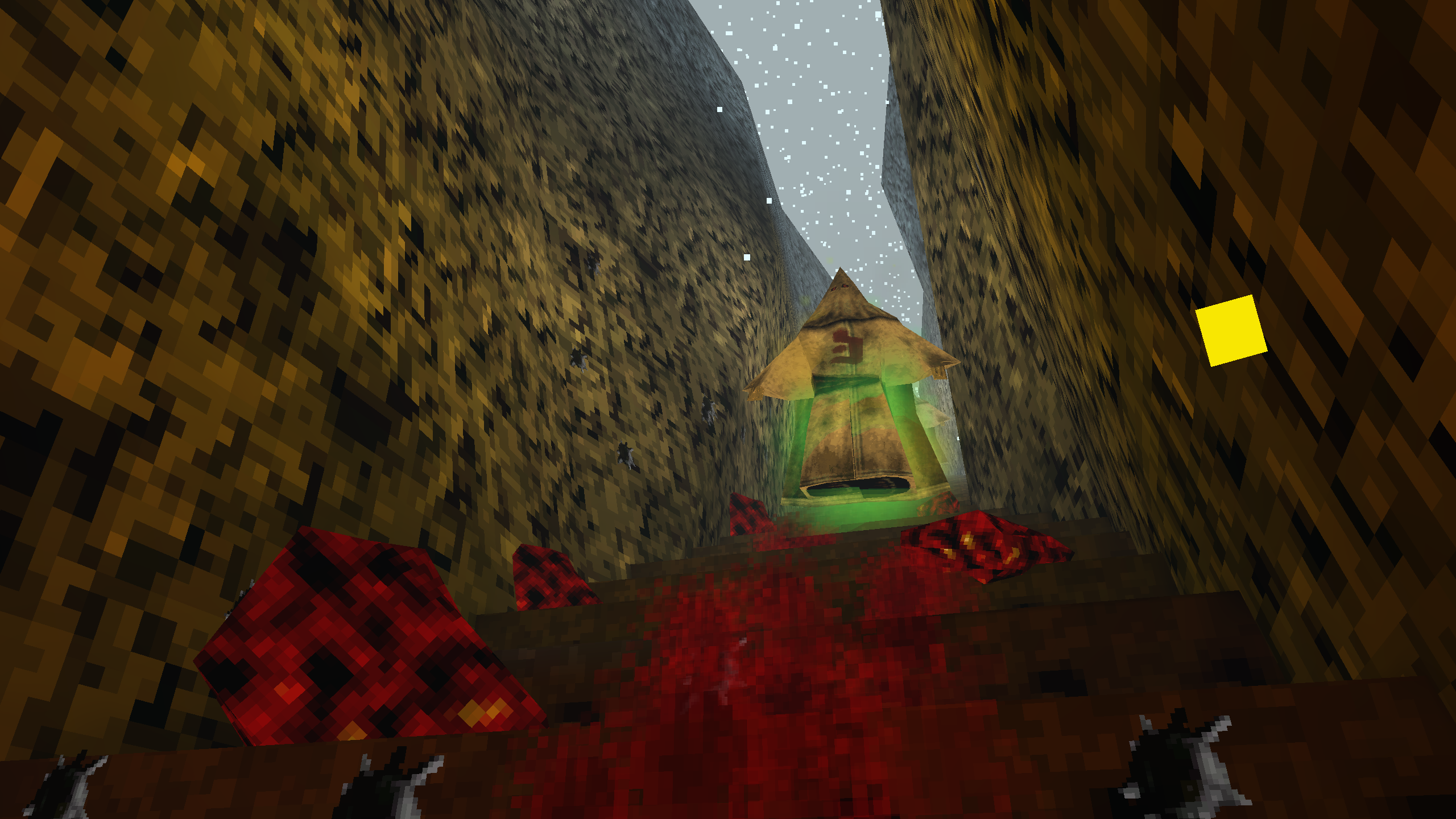 Exclusive hands on with the final chapter

Sometimes the best way to get an exclusive is to simply ask. While Destructoid isn’t lacking for content about New Blood’s upcoming FPS throwback DUSK, I was curious how the upcoming Episode Three was shaping up. Turns out I just needed to bring up the idea to get a look at some of the levels.

I only played through roughly three of them, but if the level design trend exhibited in this early state is any indication, DUSK could be in the running for one of the best FPS games ever made. 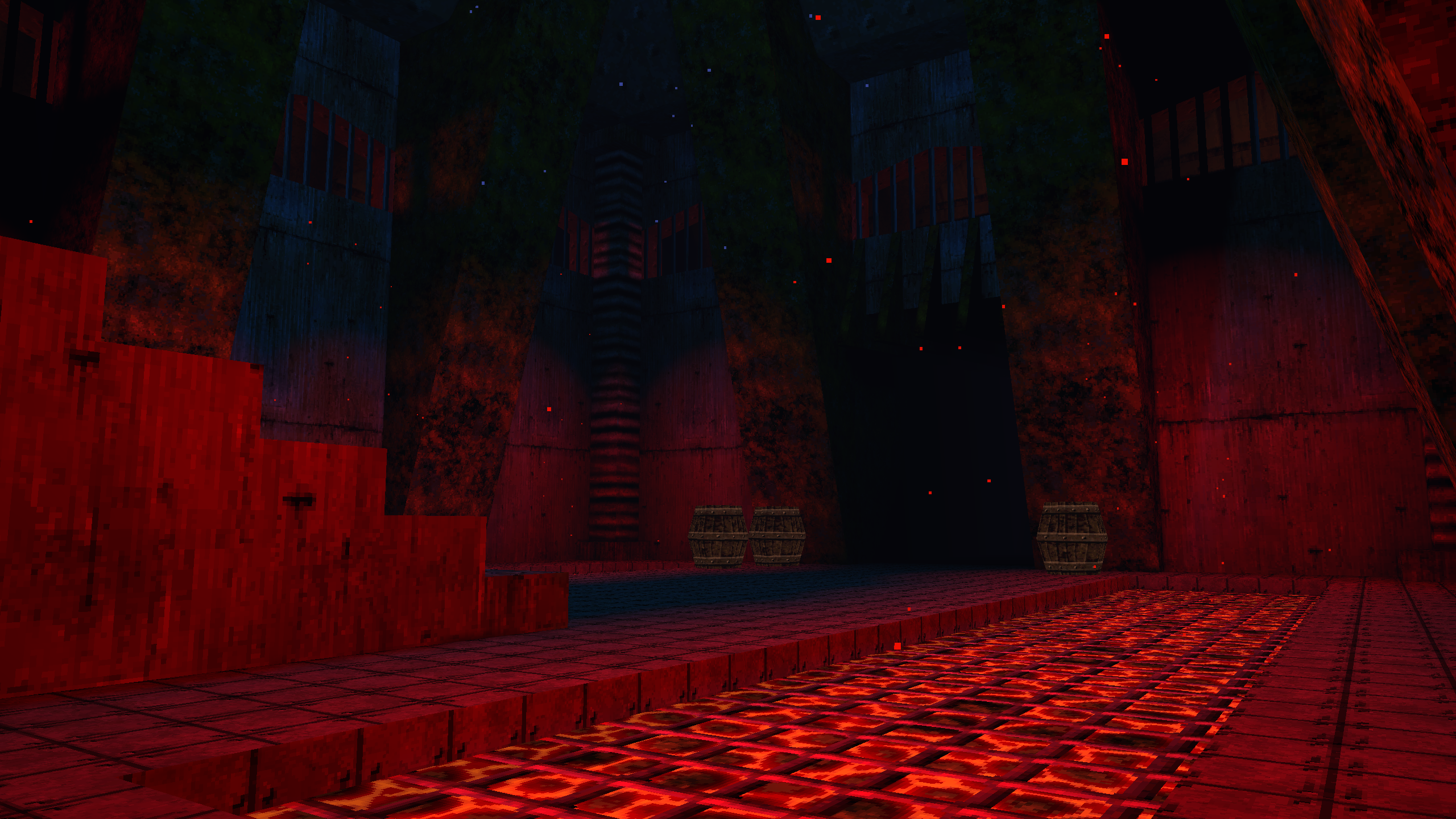 As mentioned in my interview about the game, one of the biggest changes to DUSK’s third episode is that the bonus sword weapon isn’t useless. You start off the first level of The Nameless City in a dark room with nothing but your flashlight and the sword. It now has some stealth capabilities and allows you to charge up an insta-kill move from behind foes. In addition to that, upon getting 50 morale, you can also block incoming projectiles to protect yourself until you reach the first weapon.

It creates a noticeably different feel to everything DUSK was before. I wouldn’t say that charging headfirst into rooms is pointless, but you definitely need to be a lot more careful in how you move around areas than before. Amplifying this uneasiness is some of the most claustrophobic level design the game has seen, with very tight-knit corridors and enemies around practically every corner.

You’ll eventually come upon a long hallway with some launch pads, a bunch of enemies, and the glorious return of the crossbow from Episodes One and Two. Upon grabbing that, the game returns to the hectic stylings of the original episodes before making way into a descent into madness. You’ll go ever deeper into this Nameless City while being gradually reintroduced to the arsenal you’ll have become intimately acquainted with. 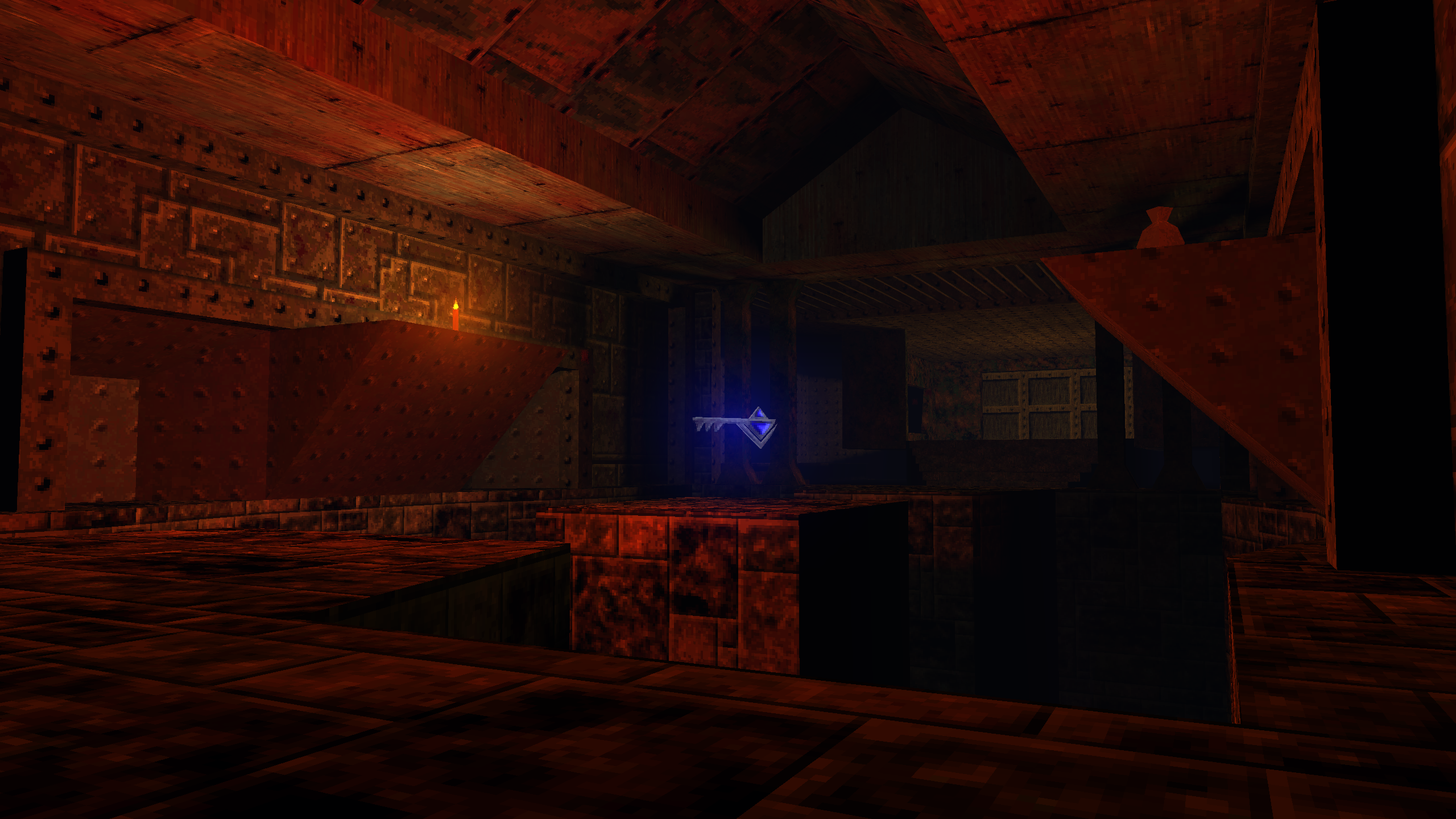 While previous shooters with episode selections all had to reintroduce weapons, I can’t really think of any that forced you to use different tactics like DUSK. Duke Nukem 3D starts off the third episode by giving you The Devastator, a dual mini-rocket launcher weapon that completely nullifies the challenge having no weapons should present. DUSK forces you to understand how your character moves and how enemies attack before finally giving you free reign to wreck shop.

This gives way to a brand new enemy type, which is some demented dog strung up in a wooden box. Clearly being tormented, the dog attempts to ram you and acts very similarly to the Pinky Demon in Doom. DUSK wasn’t lacking a melee unit, but it is nice to see that the more demonic turn for Episode Three was lead to the creation of an equally disturbing foe.

After dealing with that, you’ll then happen upon a very Silent Hill-looking environment that introduces new flying enemy types. They move fast, hurl projectiles with reckless abandon, and require you to fine tune your aiming to succeed. This showcases some of that crazy level design that developer David Szymanski mentioned from my interview; nothing is off limits and everything feels distinct. 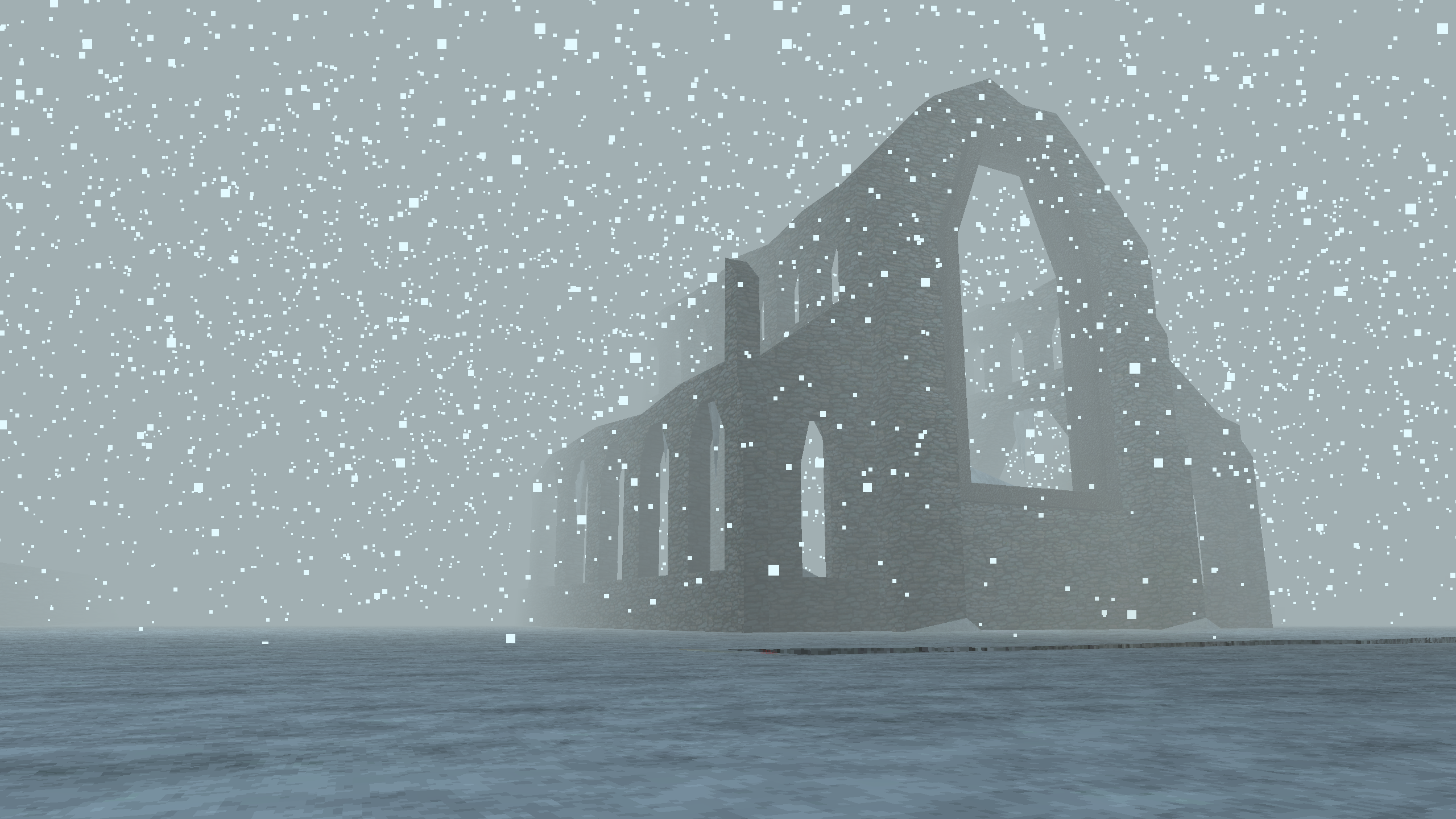 The best example is the final level I checked out, called City of Shadows. This was a relatively narrow level that was built with a more vertical emphasis on exploration. Instead of running around the base of the arena, you had to climb ladders and buildings to collect keys and then retrace your steps down to unlock the respective doors. This was all before swimming into a gulch and flooding the whole level to swim out the top. Talk about being completely unique in a well-worn genre.

The new power-up I encountered took the form of a hazmat suit. With this, you could then run across lava and create some shortcuts while traversing levels. The best moment came from jumping off of a lava waterfall, but I’m sure the suit will hide some devious secrets in other areas. The new levels also start to mix and match power-ups, meaning you can combine this lava suit with the hooks from Episode Two to climb lava, which is super neat.

This all happens to the tune of some seriously kick-ass metal riffs. While the main game already had some neato music, Episode Three has upped the production to make a soundtrack on par with 2016’s DOOM reboot. I’m very surprised, especially considering I didn’t pay much attention to the soundscapes in the Early Access build. 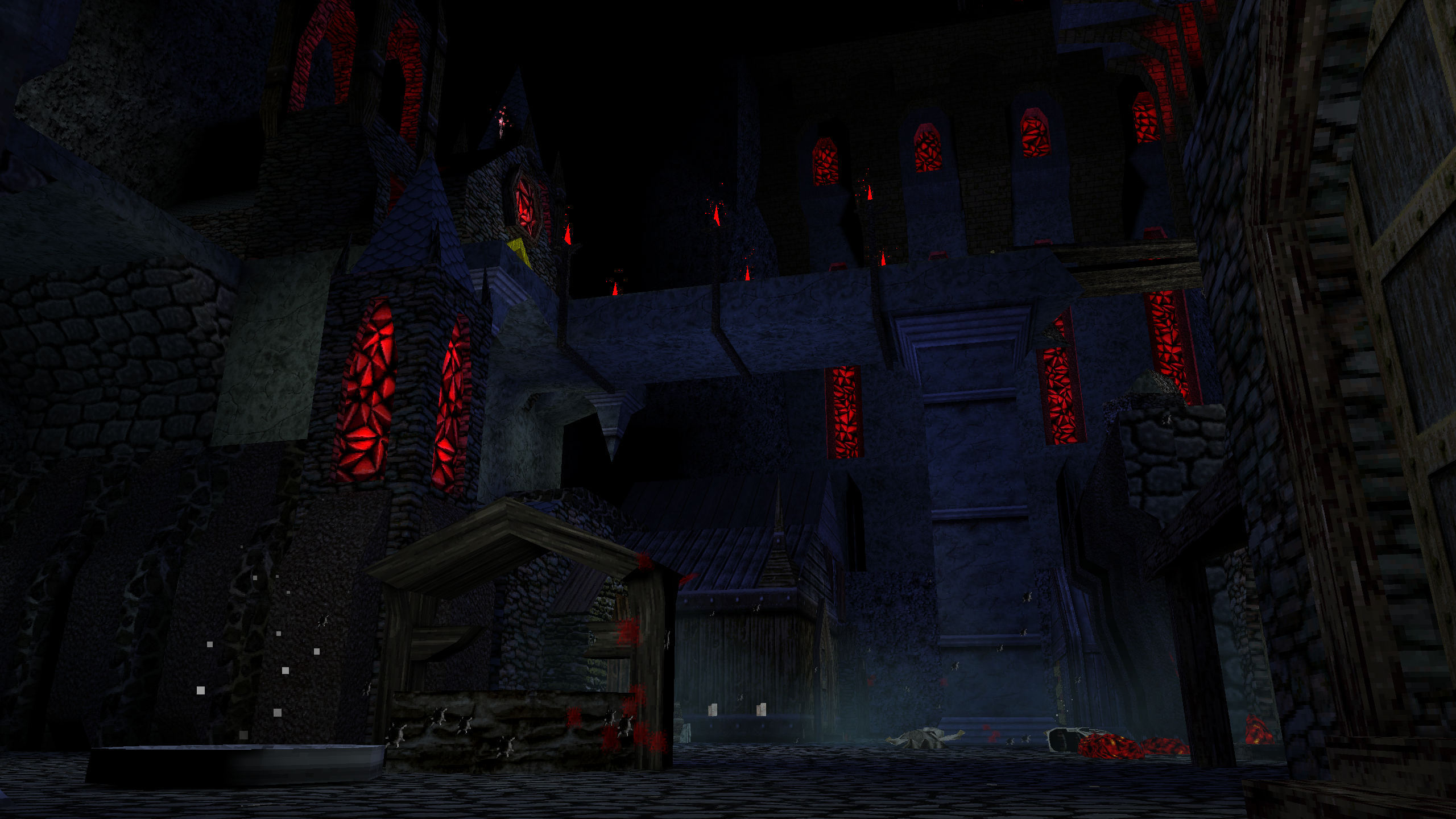 While I could point out some of the negatives, this is clearly a work in progress, so levels not being fully finished or ladders exhibiting clipping issues makes sense. The levels in the currently released episodes are of a near-pristine quality, so I have no doubt that Episode Three is going to retain that level of polish. I just feel the need to bring up these issues just so David Szymanski and his team don’t neglect them. Then again, they closely follow community feedback, so I’m probably worrying over nothing.

Even if Episode Three was released in this rough state, I would feel confident in saying that DUSK is a potential GOTY contender. The game accurately captures the style of old-school shooters while providing some of the most creative level designs I’ve ever seen. That every level can maintain a sense of purpose and place is astonishing for a game with such limited technology, but one that I’m eager to jump right into. Here’s hoping we won’t have to wait much longer for the conclusion.