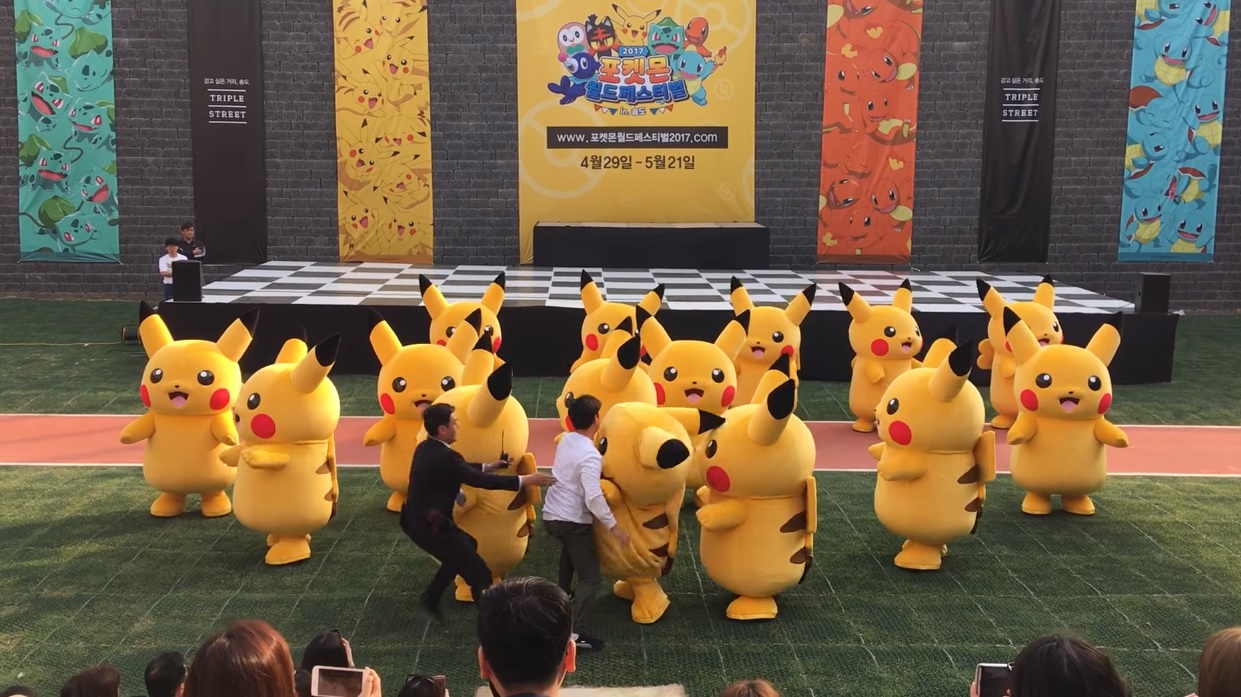 An event in South Korea, featuring characters created in Japan, set to the tune of an American made musical — globalization at its finest (or most masochistic).

Songdo, South Korea hosted the Pokemon World Festival this past week, and one of the celebrations involved a series of dance numbers from performers dressed up in Pikachu costumes. The thing is (at 1:00 in the video) one of the front and center costumes started to hilariously and slowly deflate in front of the audience’s eyes, leading to two officials immediately running up and grabbing the poor little mouse creature like they needed to be escorted out of the building.

Later in the video (at 4:20) the deflated ‘Chu attempts to rejoin the festivities after some forced clapping, but doesn’t quite make it into the conga line. It’s so weird to hear Hairspray being played in South Korea, but then again my hotel in Iceland blasted nothing but ’60s tunes at all hours of the day.