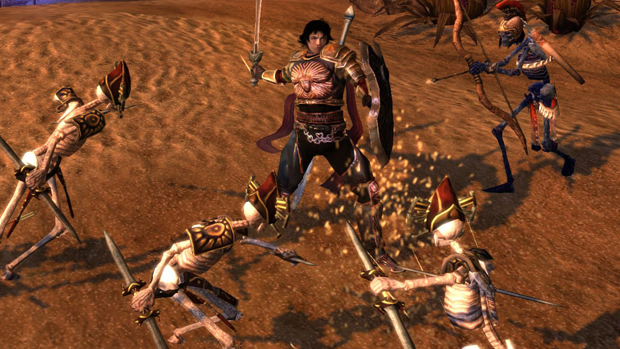 Details on a new batch of downloadable content for Dungeon Siege III have been revealed and it sounds fairly big. The “Treasures of the Sun” expansion will take players to the Anoai Desert where a lost treasure lies in wait, with hundreds of monsters in the way. In addition to the new story arc, it will add new monsters, abilities and loot as well as an enchanting system.

It will also add the ability to reallocate points spent on proficiencies and talents, and that’s where this DLC feels a little icky to me. It’s a feature which is offered in many of the game’s contemporaries and it seems weird that they wouldn’t implement it in a title update for all players. Instead, it seems Square Enix intends to charge for the feature when the expansion releases in October on PSN, XBLA and PC for $9.99.