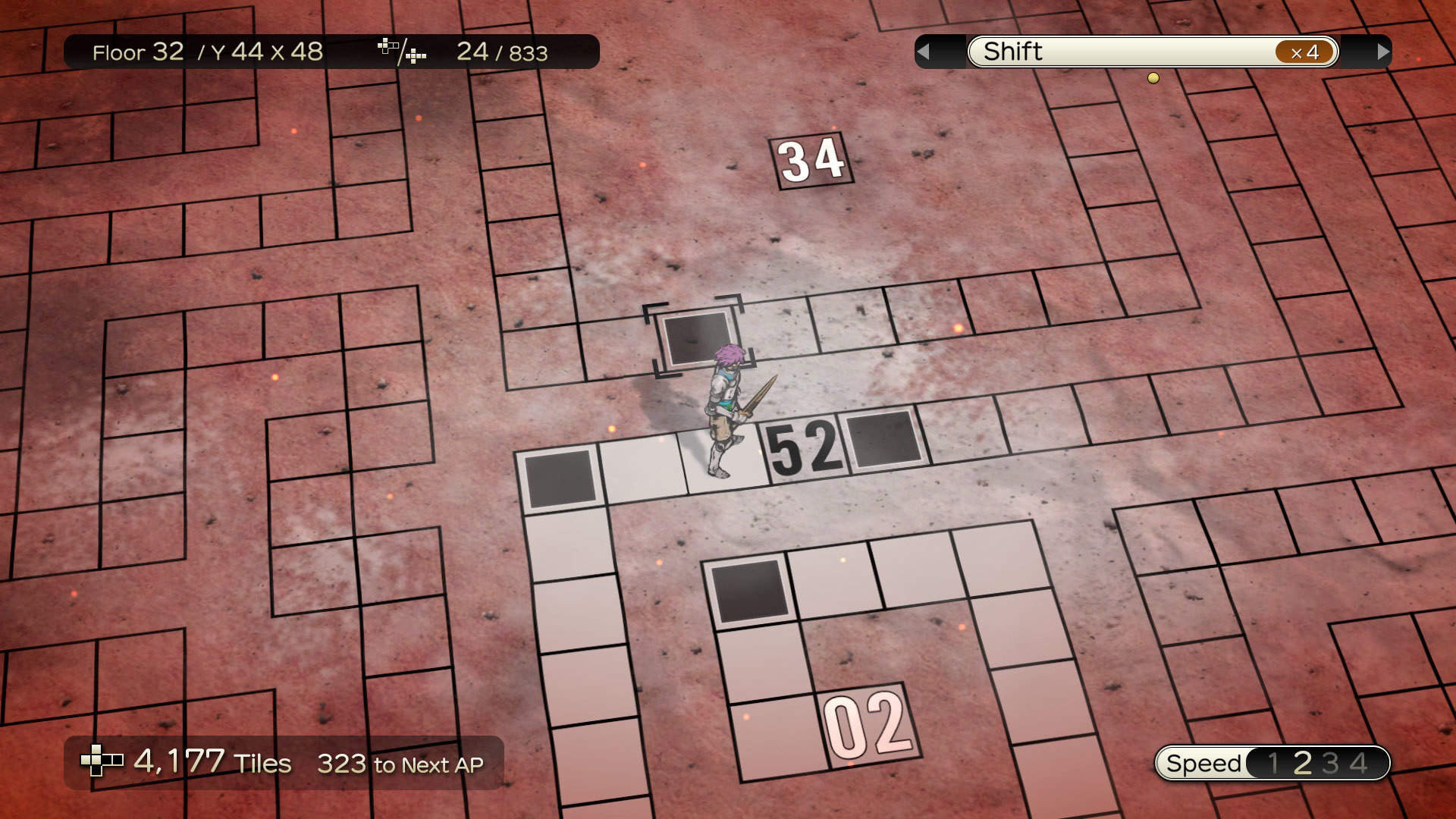 Grids, sharp art, and some Excel

In a new Square Enix-hosted interview with Hiroyuki Ito and producer Hiroaki Kato, the pair discuss the inspiration behind their team’s dungeon crawler. As it turns out, the inspiration came from a 3D map of the Tokyo subway system. Ito said they noticed how the Tokyo Underground has many lines that all weave together, each with their own unique characteristics. The concept for the labyrinthine dungeon you descend through in Dungeon Encounters started here.

“The dungeon we created for Dungeon Encounters also looks complicated and like it randomly intertwines with itself at first glance, but each floor has its own defining characteristics. You have to think carefully about how to proceed onwards each time,” said Ito. “We thought this kind of environment would make for an interesting game to play.”

As the pair go on, they talk about how the coordinates and sparse visual design allowed them to focus on gleaning hints from numbers and shapes, working out the best route forward.

But of course, on the battle side, there’s the version of the Active Time Battle (or ATB) system. It was created for Final Fantasy by Ito himself, and with Dungeon Encounters, Ito and company explore new ideas with it. One note that Ito elaborates on caught my attention.

“I wanted to re-create the sort of gameplay that has you watching the enemy gauges,” said Ito. “I looked for a feature, beyond the typical elemental affinities like fire, ice, earth and air, that would give characters different defining characteristics.”

Kato elaborates on this, adding that having two distinctive elements to keep track of—Physical and Magical attacks and defense—allows you to concentrate more on other factors, like the dungeon itself. “We carefully tweaked the combinations of enemies you fight and the defence parameters to make sure that battles don’t become stale,” said Kato. “It was hard work on the development side—balancing everything to have sufficient variation, so the game was simple, but not dull.”

At one point, Kato even describes an Excel file that Ito maintained during development, using it to help adjust the overall balance of Dungeon Encounters.