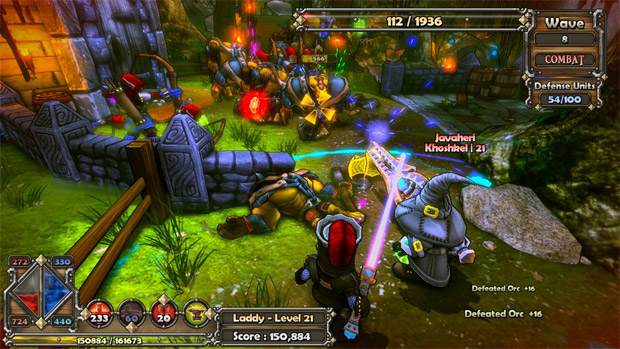 Trendy Entertainment’s neat-looking Dungeon Defenders has been delayed once more. The iOS and Android versions are out, and have been for a while. But the PlayStation Network, PC, and Xbox LIVE Arcade versions aren’t so lucky.

Through Twitter, Trendy has touched upon the new release date for the latter three platforms: “around March/April,” the studio is predicting. It’s also been made clear that Dungeon Defenders will hit PC shortly after the consoles get the game. Boo-urns!

Not owning the aforementioned mobile devices, I’m curious how everyone feels about this. To me, it seems like it may be better suited for larger screens.