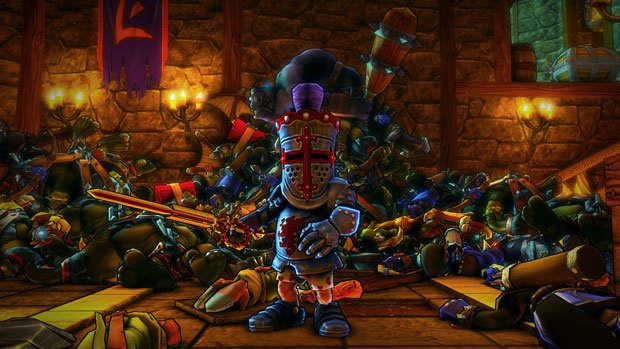 Trendy Entertainment has put out another trailer for Dungeon Defenders to remind you that, yes, the game still exists! Dungeon Defenders is a third-person co-operative tower defense game with four different classes. This particular trailer focuses on the Squire, a hack ‘n’ slash character who seems to have forgotten to wear his pants today, giving him an Arthur-like look.

Dungeon Defenders was officially delayed not once but twice, then missed its Q2 deadline for a Steam release. In the meantime, Trendy Entertainment released Dungeon Defenders: First Wave for iOS and Android, as a precursor to the full game.

Now, Dungeon Defenders will be released on October 19, 2011, for Xbox Live Arcade, PlayStation Network, and PC.