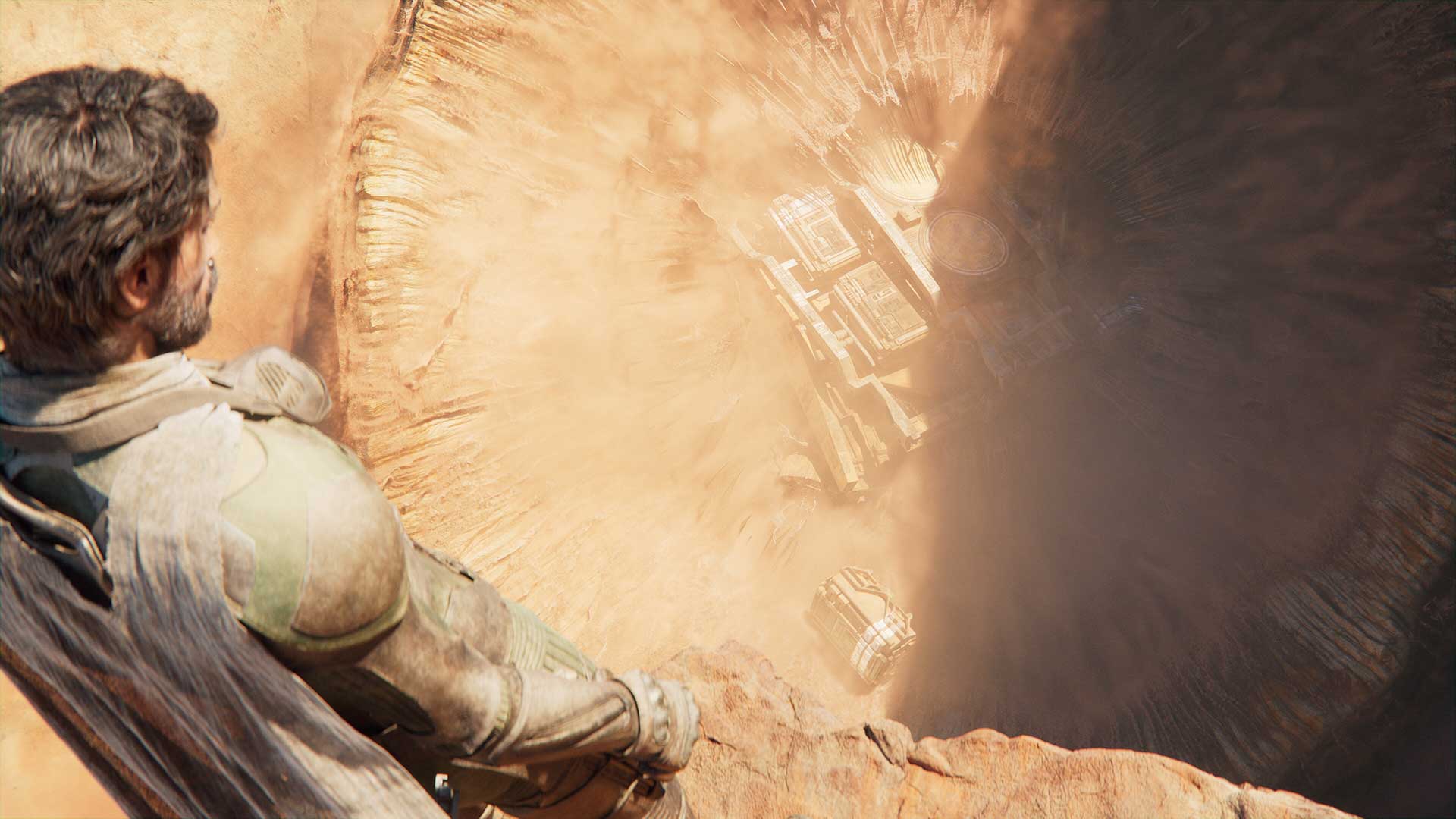 Funcom lifted the lid on Dune: Awakening, an open-world survival MMO, at Gamescom Opening Night Live. While the trailer is cinematic, the first details sound like devious fun.

According to Funcom, you’ll be able to “hunt for spice blooms and deploy your harvester, then protect it from opportunistic raiders and rival factions,” with battles shifting “seamlessly from foot to vehicles and from ground to ornithopters in the sky.”

The all-important Arrakis will be shared with “thousands of players.” Expect player-led factions, shelters, and even fortresses, set against the backdrop of spice and sandworms.

And in terms of source material, Funcom says this game “takes inspiration from both Frank Herbert’s novels and Denis Villeneuve’s Academy Award-winning film while exploring exciting new possibilities in the franchise.” As someone who left the theater sad that it was already over, I’m ready for Dune: Part Two, and I’d be into a good video game adaptation, in theory. Survival MMOs can be a tough sell, though. That said, I’m far more open to this than, say, Conan Exiles. I can picture having a good time with the right group.

If you want to start scheming, there’s a beta sign-up on the official site.