Hail to the king, baby! For clarity, this kusoge is not the king.

Does Duke Nukem Forever really need an introduction? It was announced before I hit puberty. It spent 15 years in development hell, becoming legendary for its protracted development time. Every few years, another tease would come out, saying, “no really, prepare your uterus, he’s coming for real this time,” only for 3D Realms to roll over and fall asleep again. When it finally hit, reactions ranged from negative to “I guess it could have been worse.” James Stephanie Sterling ripped the game a new one on release, right here on Destructoid.

There were only two reasons people cared to begin with: They either liked Duke Nukem 3D because it was an amazing title and you should love it, or they just like gawking at the carnival freak show. I was a part of the former group. Since playing Duke Nukem 3D at far too young an age, I’ve been in love with it. Every few years, I replay it and am reminded of how it sizzles, and just thinking about it gives me goosebumps. But somewhere down the line, perhaps even from its inception, developers made a severe mistake: They bet on Duke. 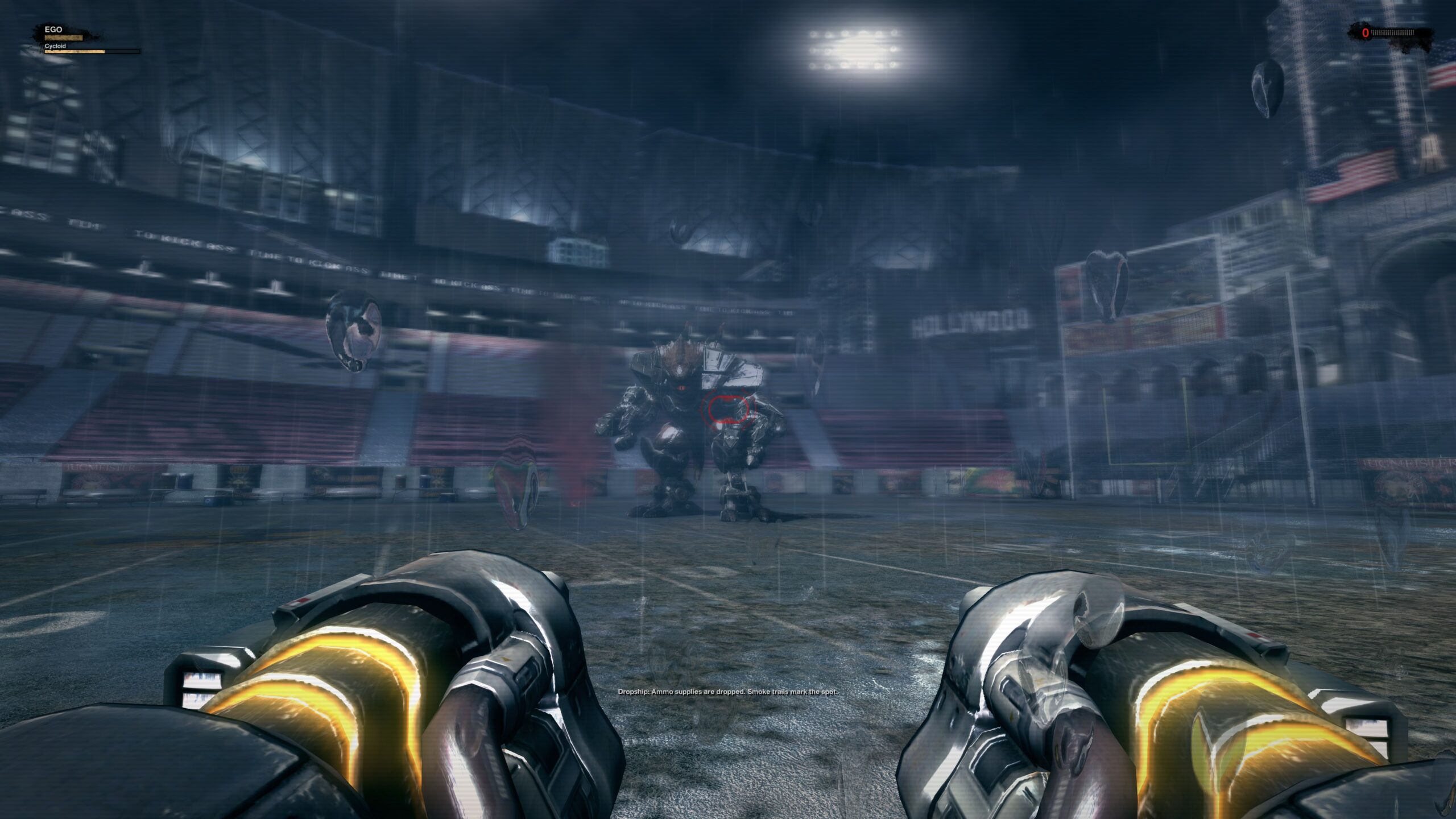 Duke Nukem Forever starts by reminding you how great Duke Nukem 3D was. First, it shows you a montage of stylized moments from the classic title, then the first bit of gameplay is a reimagining of the last level of Duke Nukem 3D (I guess the expansion episode never happened). Following that, Duke Nukem Forever proceeds by reminding you that Half-Life happened, and now first-person shooters are too insecure to be anything but Half-Life.

It’s fine. Halo and Half-Life both put the final nails in the coffin for the key hunting formula in first-person shooters, and the only way for Duke Nukem to remain relevant was to do the exact same thing. Forget all the creative level design made possible by the stellar 2.5D Build Engine, let’s just do what everybody else does.

That means that before the game begins proper, it demands foreplay in the form of walking around and listening in on other people’s discussions. Our thrilling story begins with the titular Duke Nukem getting sucked off by twins in schoolgirl outfits with faces that look like a meatpacking facility exploded in the uncanny valley. Nothing against them, everyone’s face looks like that in Duke Nukem Forever, but it’s a surprisingly vanilla fantasy for the world’s foremost alpha male. Eventually, aliens happen, and Duke is the only one who can save us. 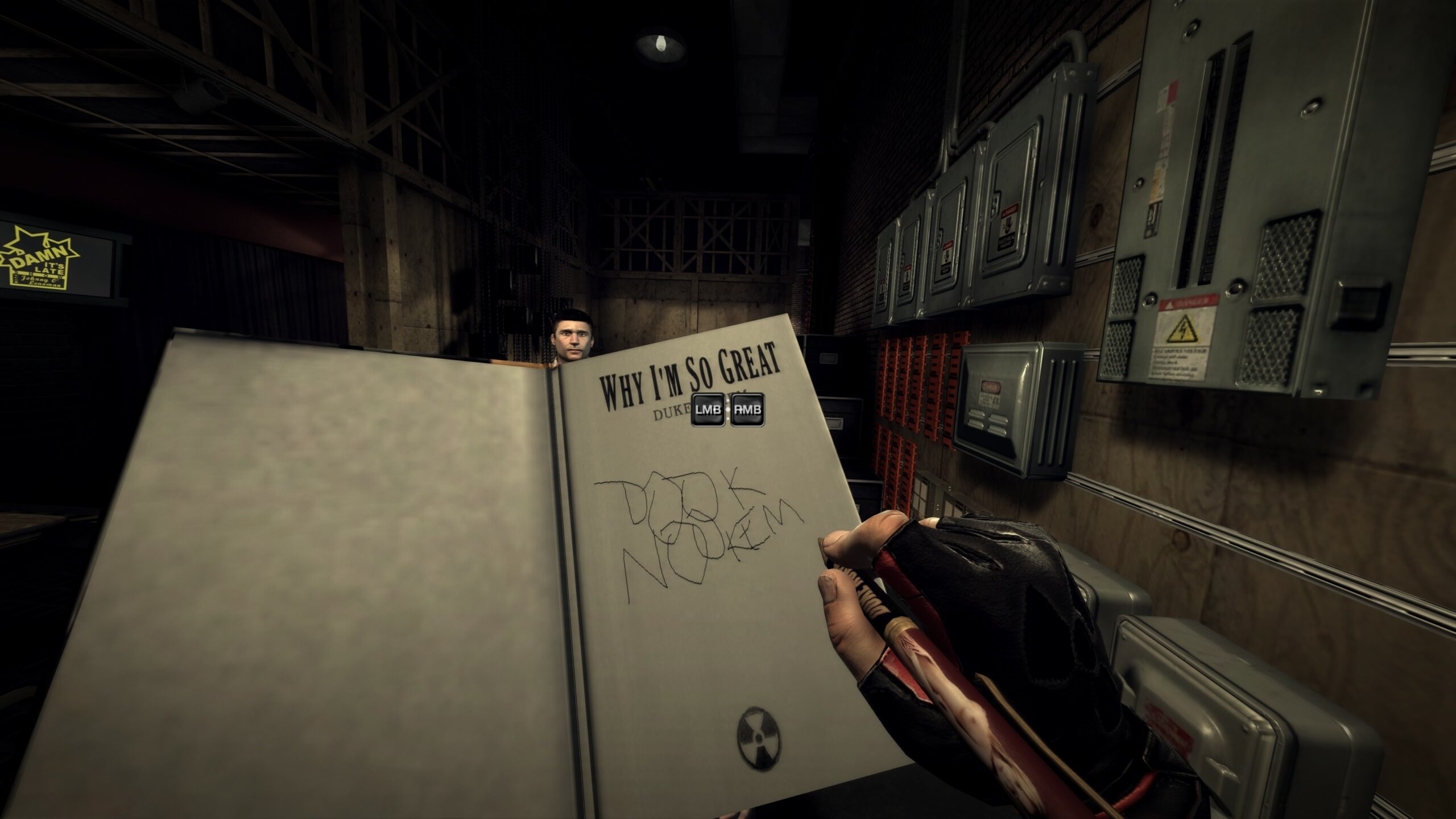 It’s easy to believe that imitating is what Duke has always done. The first two side-scrollers were pretty standard for the eras they released, and Duke Nukem 3D was a follower of the formula set down by Wolfenstein 3D. For a few years after Duke Nukem 3D, the series would detour into a few other genres, including one that was entirely Tomb Raider. The character himself spews lines from various movies, and 3D was packed with references. Heck, it was released in a time when we still referred to first-person shooters as Doom-clones.

If you wanted to break my heart and insist that Duke Nukem 3D was just a copy of Doom with tits and Evil Dead references. Fine. Jerk. But it was a game made with fun in mind. It gave you a bunch of stupid weapons with questionable usefulness, then let you loose in ridiculous environments to use them. Its levels were carefully crafted, challenging you to find the exit and maybe a few extra goodies, as well. If the foundation was laid by another game, 3D Realms built a waterslide on it.

Duke Nukem Forever isn’t a waterslide. Don’t get me wrong, I absolutely believe that the developers wanted to make an entertaining game around Duke Nukem, but they asked themselves what made Duke Nukem 3D great, and they arrived at the answer: Duke Nukem. Duke Nukem isn’t that cool. He isn’t interesting. He was fun to play as because he was this stoic smart-talker who sounded like he was having as much fun as you were. If you took out all the dialogue in Duke Nukem 3D, you’d still have Duke Nukem 3D. If you did the same with Duke Nukem Forever, you’d have an extremely generic shooter, but you’d find yourself less irritated and uncomfortable. 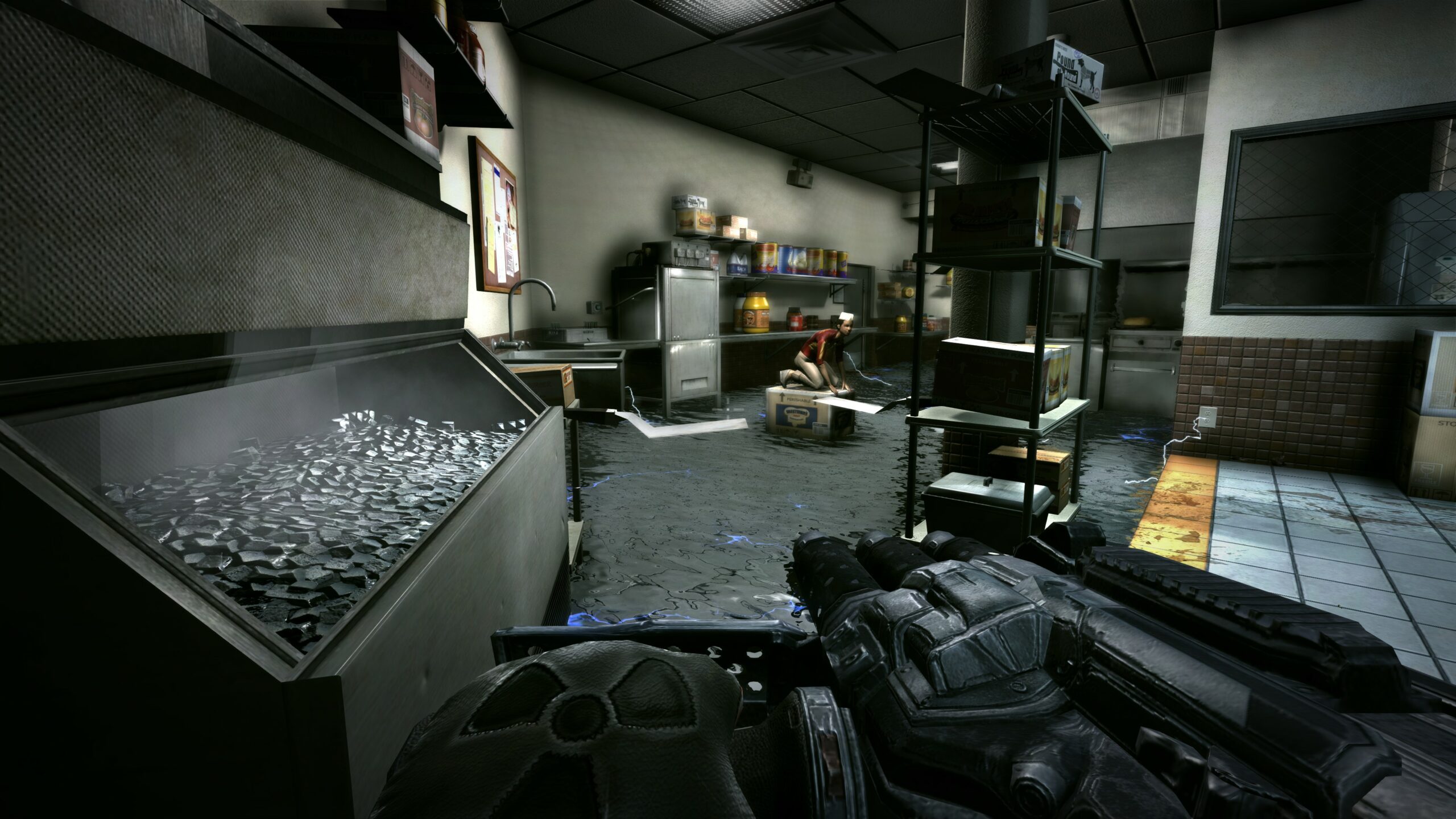 It’s not just that the game doubles down on the sexual innuendo — although hearing EDF’s colorful analogies does get a little annoying — Duke Nukem Forever just completely lacks self-awareness, which is funny in a depressing sort of way. It constantly throws shades at other games; games that it can’t even approach in the terms of individuality and execution. You can’t just say “power armor is for pussies” without explaining your thesis. You have the same basic health system, guy. Your shields are just powered by your tank top.

The humor is largely hit and miss to begin with. Long have we asked what the bad guys do with the damsels in their possession, but the answer is usually, “not that, you pervert.” Star Wars just said, “I don’t know, I guess they put her in a bikini.” Duke Nukem Forever points its finger guns and says with a wink, “forced alien impregnation.” Oh… Great…

Look, I get it. Alien was partially a body horror about alien impregnation. The expansion to Duke Nukem 3D was sort of based on that, I guess. You could maybe get away with subtly implying it, but here it’s placed on display like a newly taxidermied murder victim. It’s none of my business what your browser history looks like, I’d just prefer it if you didn’t rub it in my face.

For that matter, you weren’t supposed to let the women die in Duke 3D. Doing so would spawn enemies in the area, punishing you for not worshiping chicks properly. Duke Nukem Forever blows them apart to spawn pester enemies, letting their topless torso roll on the ground for effect. I’m not saying Duke 3D was some sort of feminist manifesto in disguise, but it at least stayed on message about the value of babes. 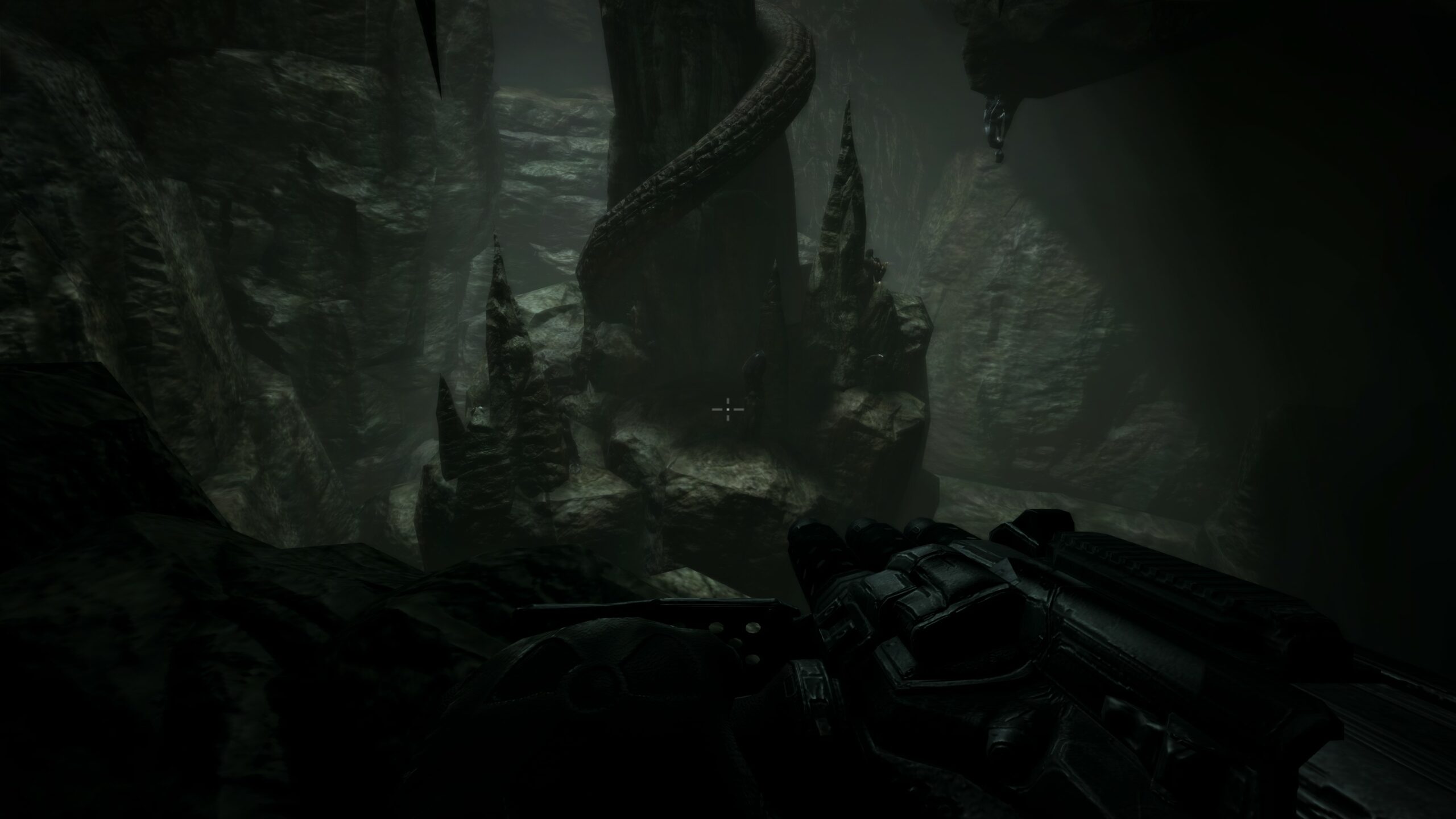 There’s a certain degree of variety here, at least. Be still, my beating heart, for there are turret galleries, driving sections, and QTEs. At least it helps break up all the moments where the game just throws waves of enemies at you. The gunplay isn’t even really that interesting or dynamic. All the enemies look extremely similar and just blast at you. I’m going to be honest with you; I was sort of excited to play through Duke Nukem Forever again because I was in the mood for a mindless shooter, but this isn’t even good at that.

It’s not all bad, I guess. The Duke Burger level, where you run around a kitchen as a miniaturized Duke, is kind of fun and creative.

To be fair here, if Duke Nukem Forever wasn’t the follow-up to one of the best first-person shooters of the ‘90s, I probably wouldn’t even be talking about it. It would be like Haze where it’s best remembered staring up at you from bargain bins. It’s from an era of catalogs awash with generic shooters like Medal of Honor: Warfighter. It’s just offensive because, once upon a time, there was an incredibly fun and creative shooter. After fifteen years, we finally got a follow-up, and it’s the video game equivalent of Krusty Brand Imitation Gruel. 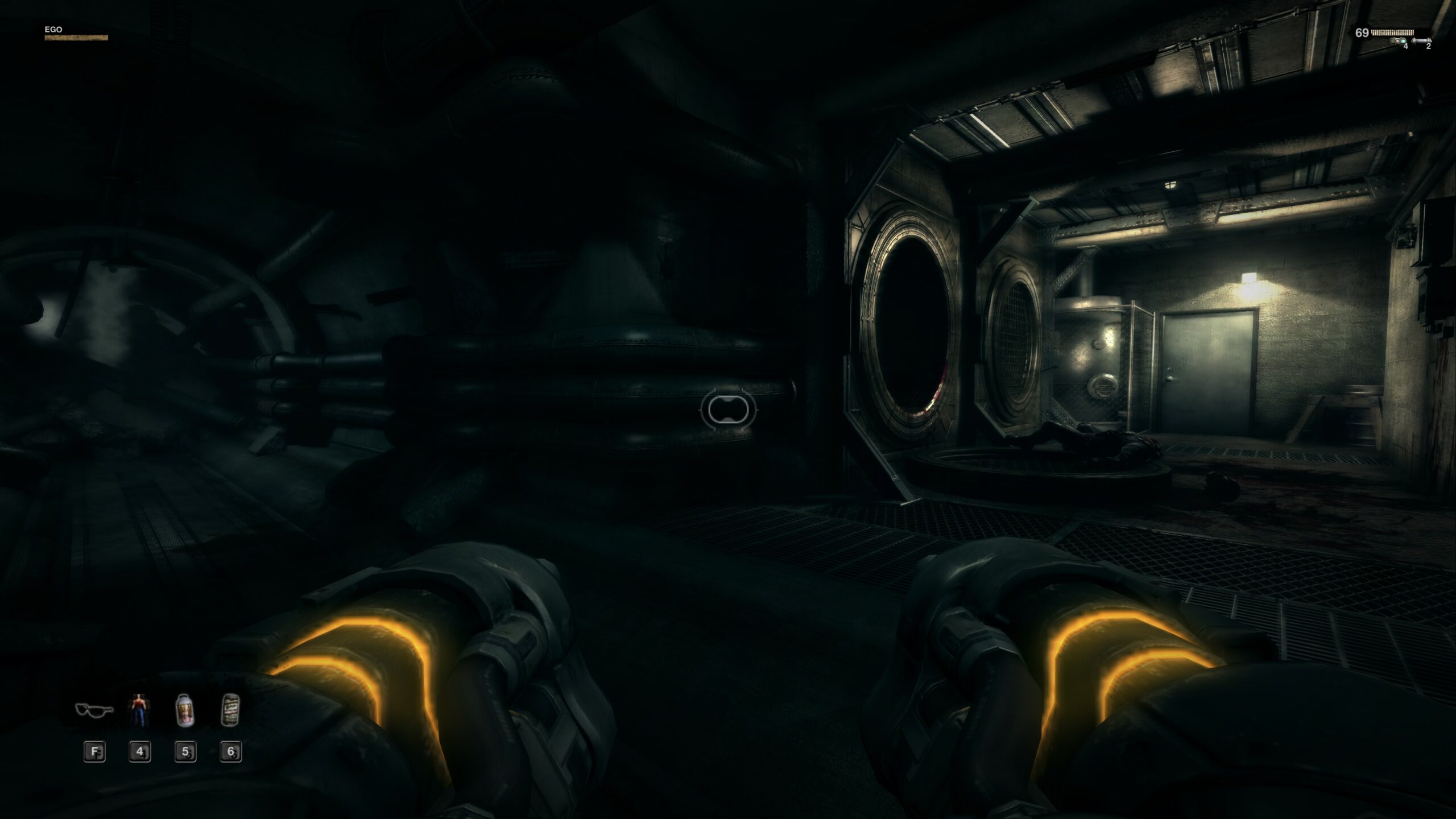 It boggles the mind to think about how we got here. We had a perfectly good formula with Duke Nukem 3D, and someone said, “Nah, let’s do what everyone else is doing.” We went from anarchic fun to bland corridor shooting. The best ideas are recycled from Duke 3D, and the new ideas are non-existent.

I think the problem is that 3D Realms thought that any shooter would be good as long as Duke Nukem was in it. There are a lot of jokes within about him being a relic of the past, and maybe that’s true, but it was the gameplay that became antiquated. Duke Nukem is just some jackass making remarks while we blow up aliens; there have been plenty like him since. You can’t just stick him in a clone of Half-Life 2, have him crack a few jokes, and pretend the king has returned.

It’s since been proven that the ‘90s formula for shooters isn’t entirely without merit. Titles like Dusk and Ion Fury have pulled it from the dustbin and put it back on shelves with varying levels of success. It’s not outside the realm of possibility that a good Duke Nukem sequel could happen again, but someone needs to pull a few heads out of his ass and explain to them that they’re not going to find gold up there, no matter how deep they tunnel.