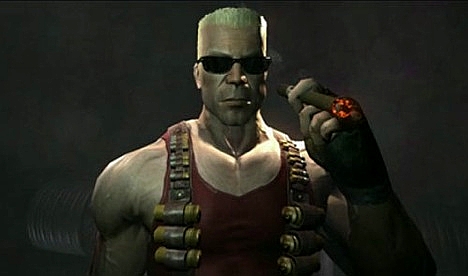 It’s easy to forget about Apogee’s Duke Nukem trilogy coming to the Nintendo DS and PlayStation Portable. The first game, Critical Hour is being covered up by that same mysterious veil that 3D Realms employs so well with Duke Nukem: Forever. Until recently, our knowledge base was next to nothing. Now, we have a progress report of how the game’s 3D graphics are coming along.

A member on Apogee’s forums for the trilogy asked for some news. An Apogee representative replied by saying that both versions of the games development is “proceeding at a feverish pace.” The DS’s graphics “are blowing the socks off everyone” and someone around the company is saying that PSP version’s “depth of view is the best they have seen …”

The rest of the post was a tease for device specific enhancements and bonus features. Both of which Apogee aren’t ready to talk about. That bodes well for us, because it makes the “Hey, Duke Nukem!” jokes flow more easily. Speaking of that, is there actually going to be a Duke game this year? I called Hell and the operator said it’s still hot.