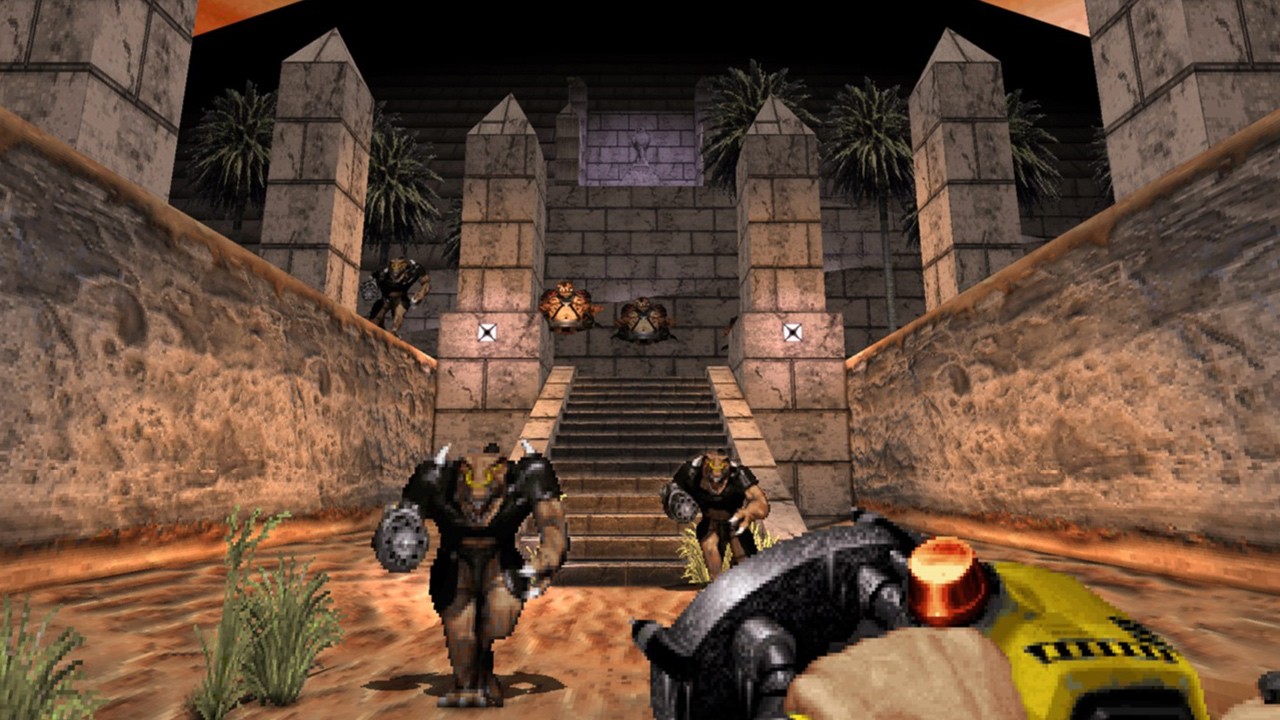 Out of nowhere, Gearbox has announced a port for Duke Nukem 3D: 20th Anniversary World Tour for Switch.

This is the version that sports eight new levels spanning across an all-new Episode Five, crafted by Allen Blum III and Richard “Levelord” Gray, designers of the original game. Amazingly, as is the case with the other versions of the 20th Anniversary Edition, these aren’t just raw levels: Episode Five is accompanied by new music by Lee Jackson (a composer for the original game), in-game developer commentary and new voice lines from Duke Nukem himself, Jon St. John.

Gearbox also boasts that this Switch port will arrive with optional gyro aiming, HD rumble, motion controls and local wireless multiplayer. Oh, and a “remaster toggle” so you can play the game with the original 1996 visuals or the “True3D” Gearbox enhancements.

The 20th Anniversary World Tour was kind of a monumental moment for Duke Nukem as a whole. Gearbox tried to reinvent the series and failed, so the next best thing is to go back to what worked and build upon it. Adding in little Switch-centric details is the cherry on top, ensuring that this isn’t a barebones port. The next step? Release the Kill-A-Ton Collection and Megaton levels, Gearbox.