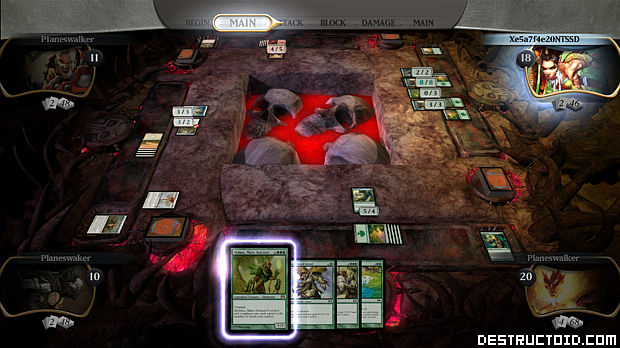 That Duels of the Planeswalkers expansion — which may or may not be called “Duel of the Dragons” — has been dated, priced and detailed by Wizards of the Coast. According to official release, the expansion is slated to drop onto Xbox LIVE Marketplace on October 21st and will cost eager spell-slingers a meager 400 Microsoft Banana Dollars.

The expansion will add three playable decks, and three unlockable cards for each of the downloadable title’s original decks. It will also add a few more Two-Headed Giant levels and puzzling challenges.

And that’s on top of the fresh SP campaign which will feature the Planeswalker Nicol Bolas.

I’m a Magic: The Gathering kind of dude, so I’ll be all over this even though the console versions of Borderlands (I still haven’t received a copy from Gearbox; sad face) will be hitting the day previous. How many of you plan to rock this expansion?