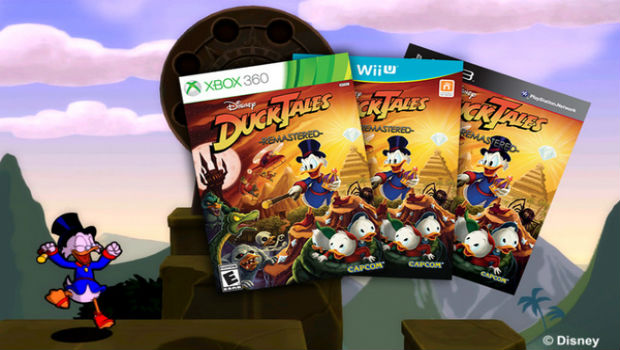 This one is an actual disc!

It appears as if those sneaky rumors for a physical release of DuckTales Remastered on the Wii U were true. But wait! Capcom has announced not one, but three extra editions of the game today, as the PS3 and Xbox 360 are getting their own physical boxes on November 12th for $20.

This is in addition to the PS3 box that came out last month (which I totally got), but keep in mind that this November release is an actual disc — not an insert with a code on it and a special edition pin like that one was. As I said in my review, DuckTales Remastered is a great platforming game overall despite a few issues. I just really hope this does well so we can get a Chip ‘n Dale or Darkwing Duck NES remake.