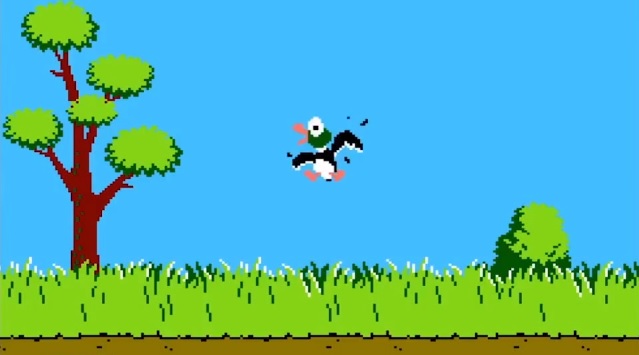 Three decades after its original release, Duck Hunt is making a return to consoles. The classic shooter is coming to Wii U on December 25, Nintendo of America announced today.

Duck Hunt debuted in Japan in 1984 before launching in North America the next year alongside the NES. The experience centers on shooting ducks and clay pigeons out of the sky, which will now require Wii Remotes in lieu of NES Zappers. Those iconic light guns just don’t work with modern televisions. Also, the old light bulb trick is probably a thing of the past as well.

At least now when that damn laughing dog makes fun of your shooting skills, you can always boot up Super Smash Bros. and pummel that chuckling canine into the ground.