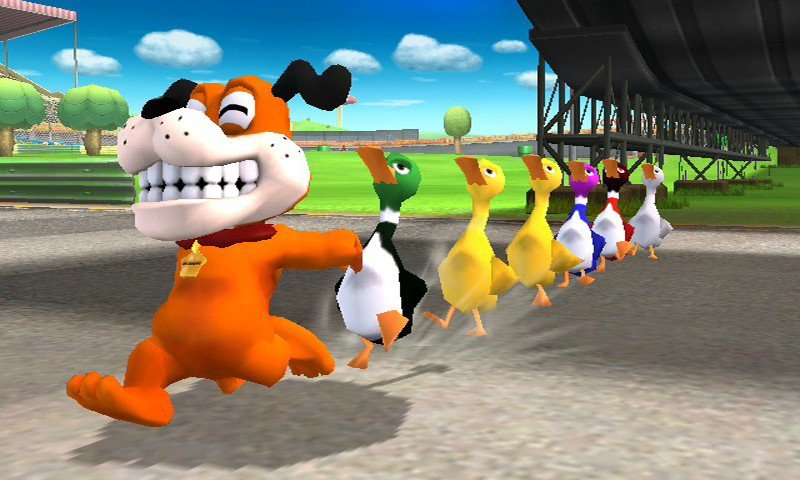 Make those cross-hairs go away, Nintendo

[Update: Reader Darren Bolton reports you can turn off the cross-hairs by using the D-pad. Is this true, dear readers? Has my Duck Hunt Christmas been saved?]

Nintendo released Duck Hunt on the Wii U Virtual Console today, complete with Wii Remote pointer control support. Pointer controls were one of my favorite things about the Wii. From Resident Evil 4: Wii Edition to the Resident Evil on-rails shooters, and even that silly old Dead Rising: Chop Til You Drop, aiming at things and shooting them with a gun-like controller proved to be a consistently exciting alternative to all the other murder methods available to me in videogames.

With that in mind, I was excited to revisit Duck Hunt on the Wii U Virtual Console. It’s the original “use a real-fake gun to kill!” family videogame sensation. An updated version on Nintendo’s latest console would surely be worth a few bucks, right?

Maybe not. If you found the original Duck Hunt to be painfully difficult, then maybe you’ll prefer this new easy-operation port. The rest of you may be bored out of your skull. I’m getting flashbacks of Zombii Attack already. It’s almost impossible to miss thanks to that cross-hair. I understand why they thought that was necessary, as the Wii remote pointer doesn’t have 1:1 accuracy, but it’s still a drag.

Clay Pigeon mode offers a minor challenge at times, but the traditional duck hunt mode is more like repetitive duck slaughter now that you can see exactly where you’re aiming. Hopefully Nintendo will offer an update that allows you to make the cross-hairs invisible.