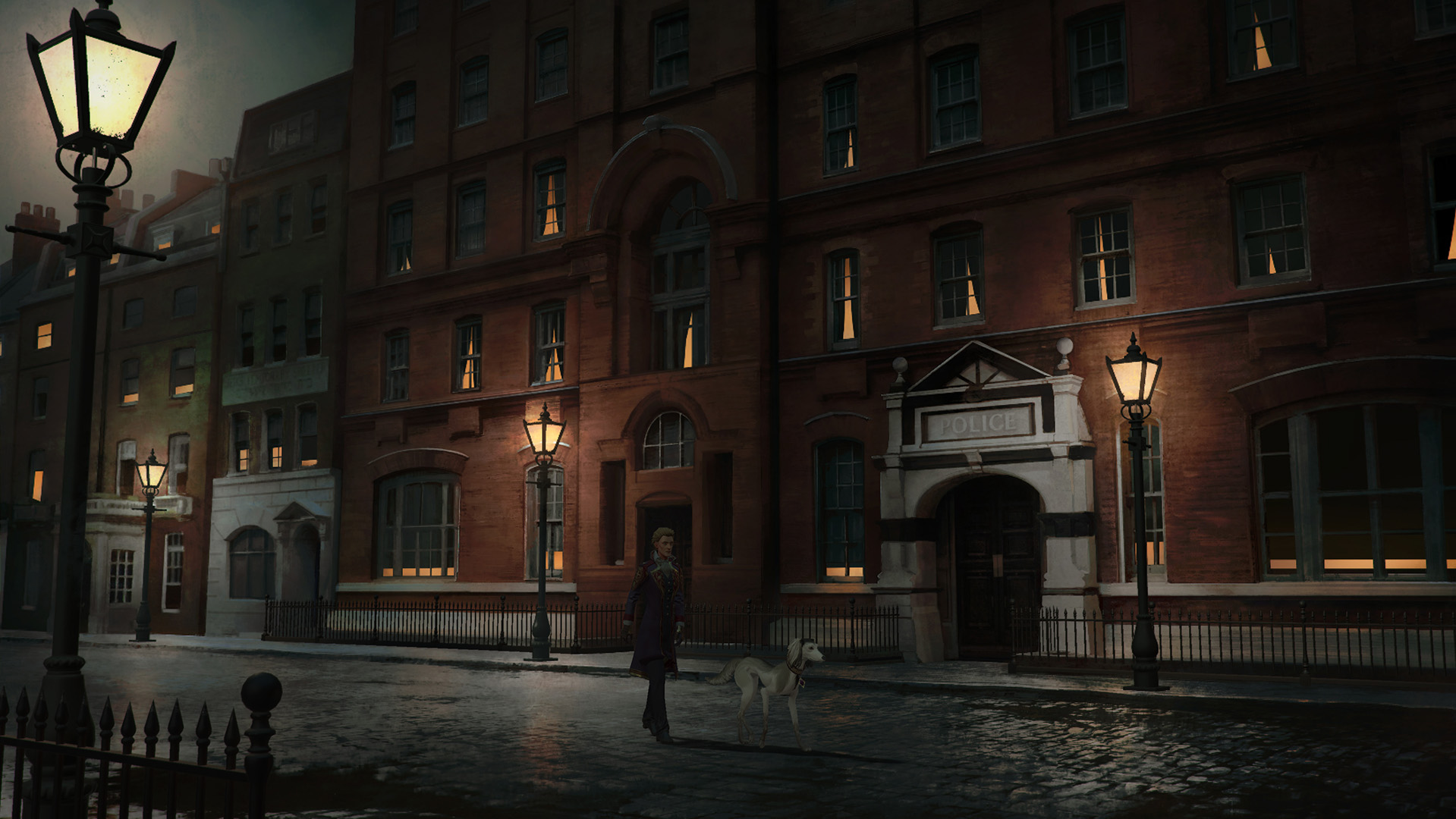 Du Lac & Fey: Dance of Death is an upcoming adventure game about two immortal characters from Arthurian legend. In an interesting twist on history, you’ll find Sir Lancelot Du Lac and his elegant canine partner, Morgana Le Fey, hunting down Jack the Ripper in the foggy streets of Victorian London.

Developer Salix Games is a group of AAA veterans who have worked with the likes of Rocksteady, Lionhead, and Ubisoft. With help from historian Judith Flanders (who also worked on Assassin’s Creed Syndicate), they aimed to recapture the London district of Whitechapel during a series of infamous murders in 1888. You’ll get to investigate while meeting a diverse cast of characters whose individual stories will play out according to your interactions with them.

You’ll play as both Lancelot, who’s still holding onto his knightly past, and Morgana, who’s been cursed to live as a talking canine in the decades since Camelot fell. A third playable character comes into the fold when a Whitechapel local named Mary Kelly gets caught up in the investigation. The voice cast includes Gareth David-Lloyd (Solas in Dragon Age: Inquisition) as Lancelot and Perdita Weeks (of Penny Dreadful and The Tudors) as Morgana.

It looks and sounds like a world I want to take part in, which is why — full disclosure — I’ve backed it on Kickstarter and would love to see it get the support it needs. Salix will continue with the project even if the Kickstarter fails, but a successful campaign would lead to things like polished systems, a QA team to help smooth out any issues, and console ports. Plus, there are some cool perks, including a gorgeous Tarot card set.

The art and environments look lovely, with a mixture of almost claylike 3D models and 2D paintings. I’m itching to not only find out why Morgana is a dog but also explore the historical aspects and learn more about the legends surrounding Jack the Ripper and our Arthurian heroes.

Salix Creative Director Jessica Saunders said through email, “The game takes great care to deal with aspects of Victorian history that we feel have not only been handled insensitively in other media but also portrayed incorrectly. With help from one of the world’s leading consultants of that period, the game sheds light on the lives of those who lived in London at that time, particularly women and minorities and highlights the struggles they faced and how relevant those struggles still are today.”

Du Lac & Fey is due for release sometime next year, beginning on Steam with other platforms to follow.

[Disclosure: The author of this post is a Kickstarter backer of Du Lac & Fey: Dance of Death.]