Full disclosure: I was initially against the idea of allowing people to download the debut issue of Destructoid/GameFan magazine for free. That’s not because I want money. My paycheck won’t change regardless of how many issues of this thing are sold or downloaded.

My worry is that some of you won’t bother taking a chance on the magazine if it’s free, because many seem to feel that something that doesn’t cost anything isn’t worth anything. That’s why even today, giving this away feels a little wrong to me. Personally, I’d be willing to pay about $15 for a print copy of this issue. It might be worth twice that to competitive Smash Bros. players, as that mini-strategy guide by ZeRo is a real one-of-a-kind print event.

So if you want to prove me wrong for thinking that people don’t value free things, please download the debut issue of our magazine RIGHT NOW and/or pick up it up in print. In doing so you’ll also help Dtoid to move towards making our next issue even bigger.

Our debut features writing by Destructoid’s Jordan Devore, Chris Carter, Patrick Hancock, Jed Whitaker, Darren Nakamura, Alessandro Fillari, and yours truly, spread across both the Dtoid and GameFan sides of the magazine. The more support we get, the more likely we are to get even more writers on board for future issues, from Dtoid staff past and present. 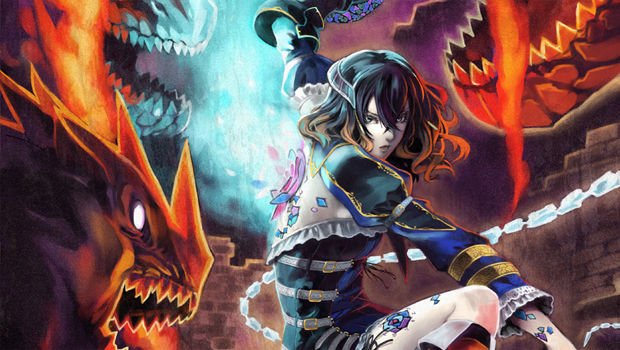 Perhaps most importantly, this issue features exclusive artwork by the guy who made this space duck. As much as I love words, the art here is really the star of the show. There’s so much beautiful stuff, paying tribute to franchises like MOTHER/EarthBound, Street Fighter, Smash Bros., Splatoon, and a lot more. Our exclusive Bloodstained cover art isn’t too shabby, either. I’ve had to look at it just about every day for the past month and a half, and I’m still not sick of it.

To download the magazine for you computer, tablet or phone, go here, start an account, and enter code DTOID0215. You can pre-order the print version of the magazine over here, though orders are filling up fast.