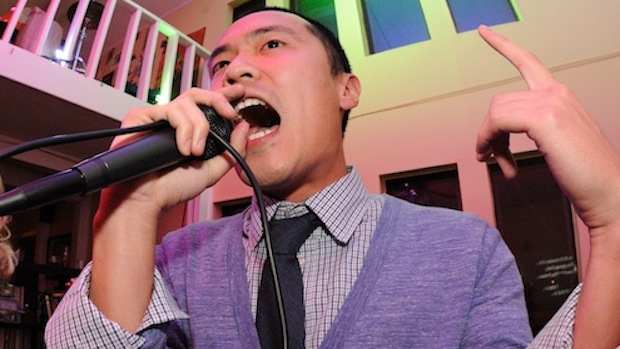 As a known and trusted connoisseur of hip-hop, I feel compelled to tell you all about Memphis rapper (and fellow Destructoid reader) Adam WarRock. After gaining recognition recently for his 3-track EP inspired by the NBC series Parks and Recreation, he’s back with a new 5-track EP all about Mass Effect.

Hit the jump for the rest of the album, and then GET HYPED because March 6th is only a month away!

To take a break from rapping about comic books and TV shows, I made a video game hip hop EP. In celebration of the release of the Mass Effect 3 demo (and while I was replaying Mass Effect 2) I decided to make a few songs about Mass Effect. For “Active Squad,” I invited some friends along to rap about some of their favorite characters they like to always have in their squad. One in particular, Kabuto the Python, was known for his own Mass Effect EP, The N7 EP, best known for the hit Mass Effect song, “Those Minerals“. It was a blast, and hope you enjoy this EP.
Please check out more of my music at https://adamwarrock.com. Check for my new full-length album dropping on February 13.