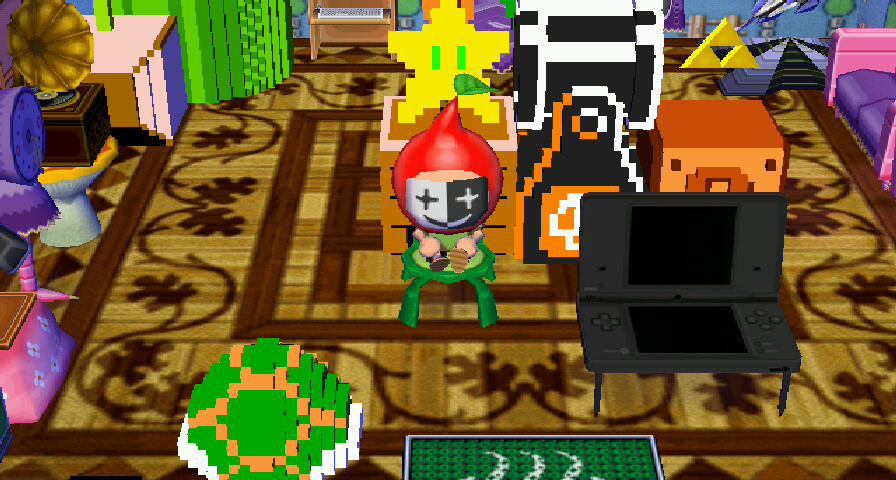 As of right now, there are two kinds of people in the United States; those who own a Nintendo DSi, and those that don’t. Actually, I just got home with the system myself, and I have to say that so far I’m surprised by how new it really feels. It may play the same old games, but the camera and music functions are actually pretty bitchin’.

That said, if I weren’t a member of the “gaming press”, I likely would have held off on buying the thing until the inevitable price drop and/or the release of some DSi exclusive killer app. If that’s the camp you’re in, the “I’m interested, but not $175 interested”, then I’ve got news for you; you can get a DSi free! Right now!

Of course, by that I mean you can get a free DSi shaped couch in Animal Crossing: City Folk by turning on your Wii Connect 24 and talking to a weird pelican mailman. Sure, the in-game system doesn’t actually work, but it’s fun to look at, and from what I’m being told, comes in at least two other colors. The one I got, as seen in the screenshot above, came in black, but I’m willing to trade for a blue one if anyone’s interested.

Actually, I think I’ll start up two new characters in my game just to whore this free DLC to it’s max, then kill them off immediately. I shall name them UglyMan and StupidFace, and then I will kill them.

The DSi bench is only available until April 13th, so get it while it’s hot.