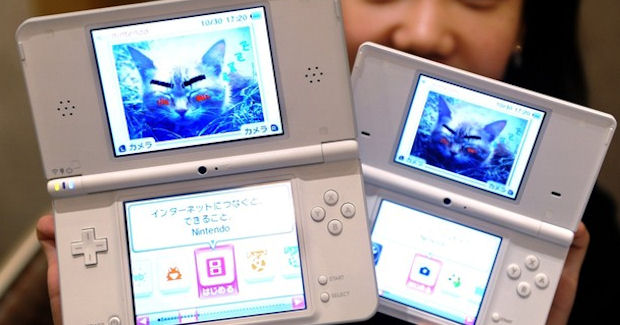 For the first time, Nintendo president Satoru Iwata has openly discussed a Nintendo DS successor and some of the features that will be included in this two-screened behemoth. While the last DS was a humble system based on a number of gimmicks that served it very well, the next DS will be bringing some real horsepower to the table … along with motion control.

“[It will have] highly detailed graphics, and it will be necessary to have a sensor with the ability to read the movements of people playing,” Iwata tells Japanese newspaper Asashi Shimbun. Until now, motion tracking devices have been available for the DS in peripheral form. The next generation of DS will include such input as standard.

The prospect of a new DS is exciting, although I hope the motion control isn’t over-the-top. It’s bad enough expecting us to blow into a microphone while on the bus — waving our arms around in public is just asking for trouble. In any case, are you excited for a more powerful DS, or are you still happy with the old one … sorry, old four.