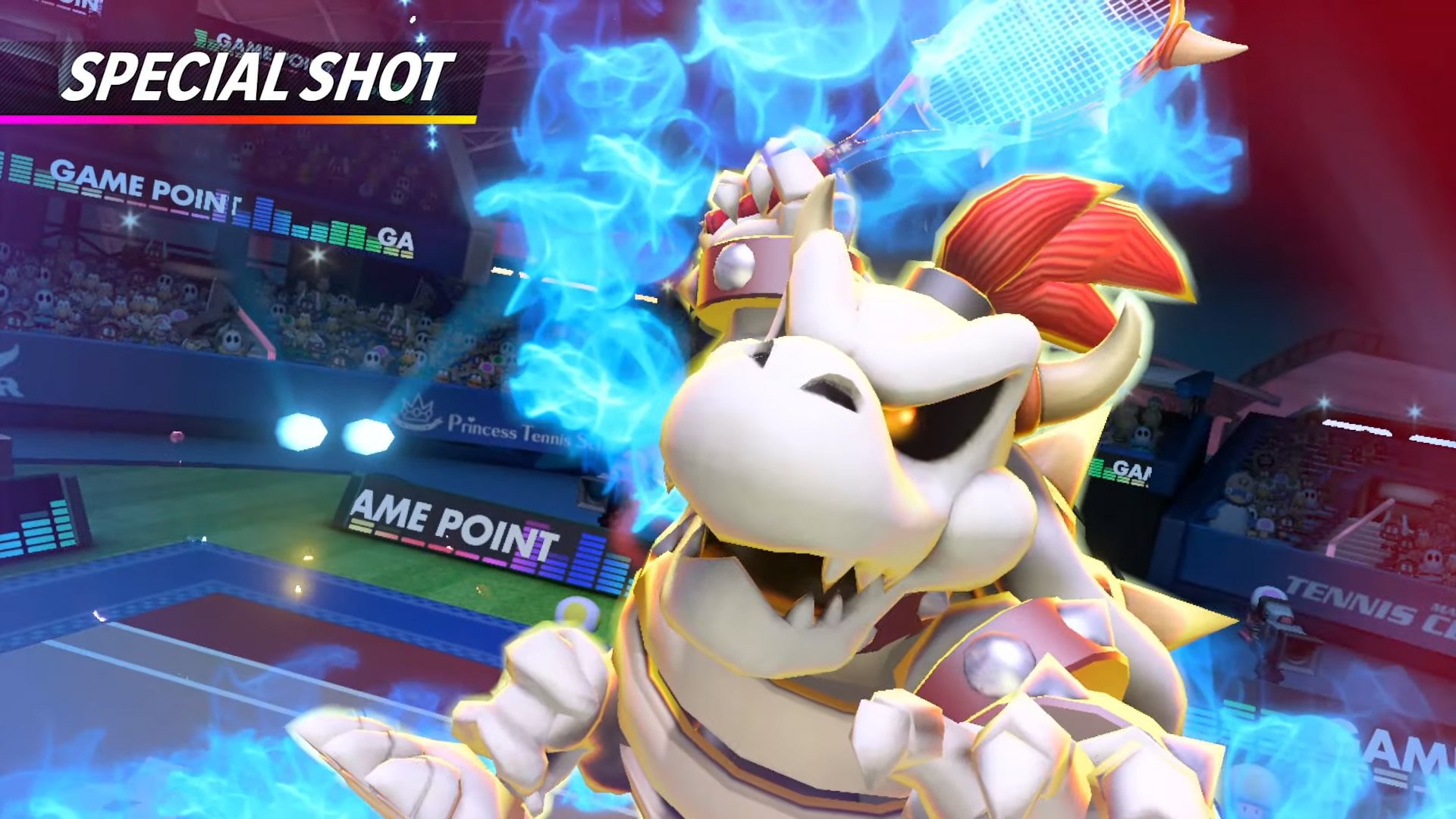 If I had to name three different Mario characters in five seconds, let me tell you, Dry Bowser wouldn’t come up. Not the first time I had that prompt, and not the twentieth. I know of him, sure, but he kind of just loosely exists in the far reaches of my mind. The character has quite the lineage, though. He’s everywhere! His latest appearance – and surely not his last – is Mario Tennis Aces on Nintendo Switch.

Players who participate in an online tournament this month (July 1-30) can unlock Dry Bowser in Mario Tennis Aces, while everyone else will need to wait for the Defensive-class character until August 1, 2019. He’s Bowser, but gnarlier. That’s the gist. His special shot is a fiery blue onslaught.

I think of all my Nintendo Switch purchases, Mario Tennis Aces is one of my bigger regrets.

Not necessarily through any fault of the game itself, I played Aces in a few short bursts and then proceeded to move onto something else and never touch it again. Nintendo has continued to support Mario Tennis Aces ever since, but I don’t know when I’ll realistically pick it back up. Meanwhile, if Super Mario Party offered that type of post-launch support, I’d be ecstatic. I keep almost impulse buying it.