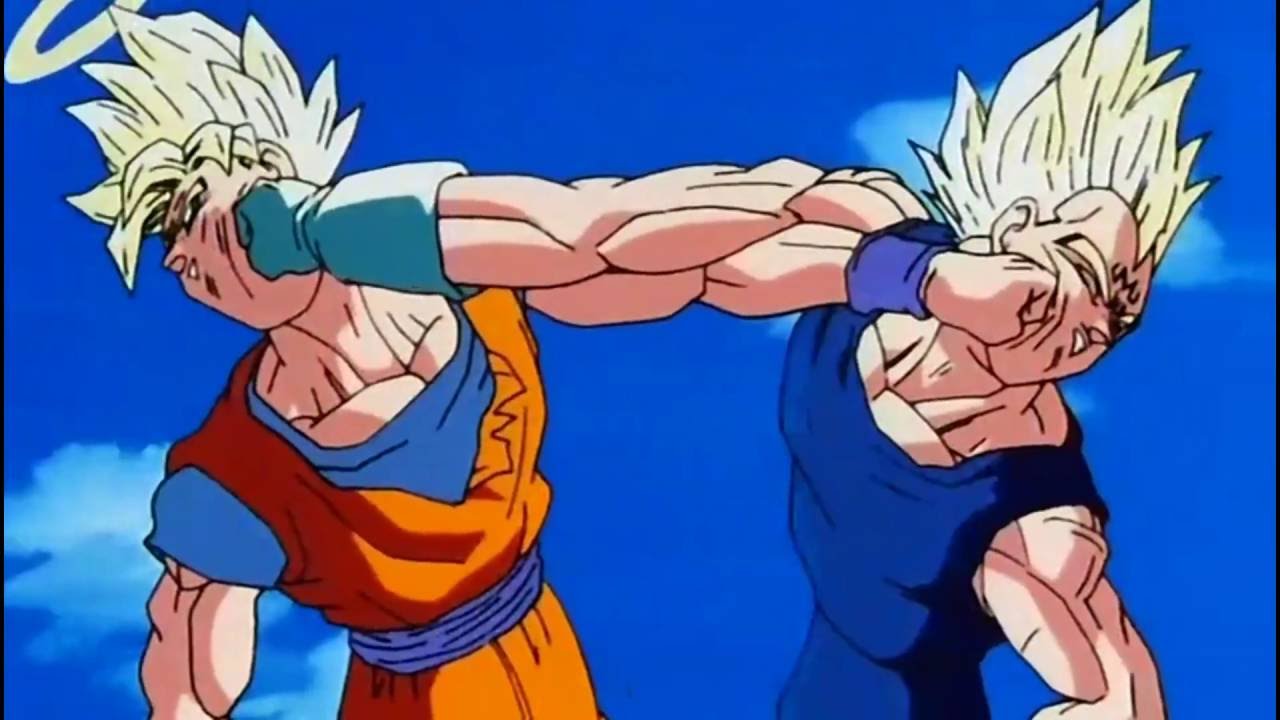 Exploring a toxic rivalry of dependence and loneliness

My friend Johnny and I had a complicated relationship based around loneliness, a mutual sense of humor, drugs, booze, and video games. I’m not sure if we were ever really friends. One time he tried to open up to me about his dad and their problems, and it just made me feel uncomfortable; I never felt like myself around Johnny. But we spent an insane amount of time together in my teenage years.

I didn’t really get along well with anyone, and even though I had no good reason to trust him either since he fucked me over just as much as anyone else, there was something that kept our shitty friendship going, and it didn’t end until much later when we eventually grew apart. I met my future wife, kept trying to move into the realm of adulthood while battling my crippling social anxiety and bitterness, and Johnny – well, he eventually got a job at a liquor store after being admitted for drug-induced schizophrenia.

But mostly we were pals, and we had fun times. A lot of those times centered on fighting games. We would smoke a metric ton of weed after school sometimes and play Soulcaliber II for hours. I practically mastered Mitsurugi. I made his skill set my personal sword-swinging tango. Johnny was an expert Nightmare player. We played others as well, but our Mitsurugi/Nightmare fights were for the ages. More often than not they would go on until the timer ran out because we learned so well how to counter and block one another. 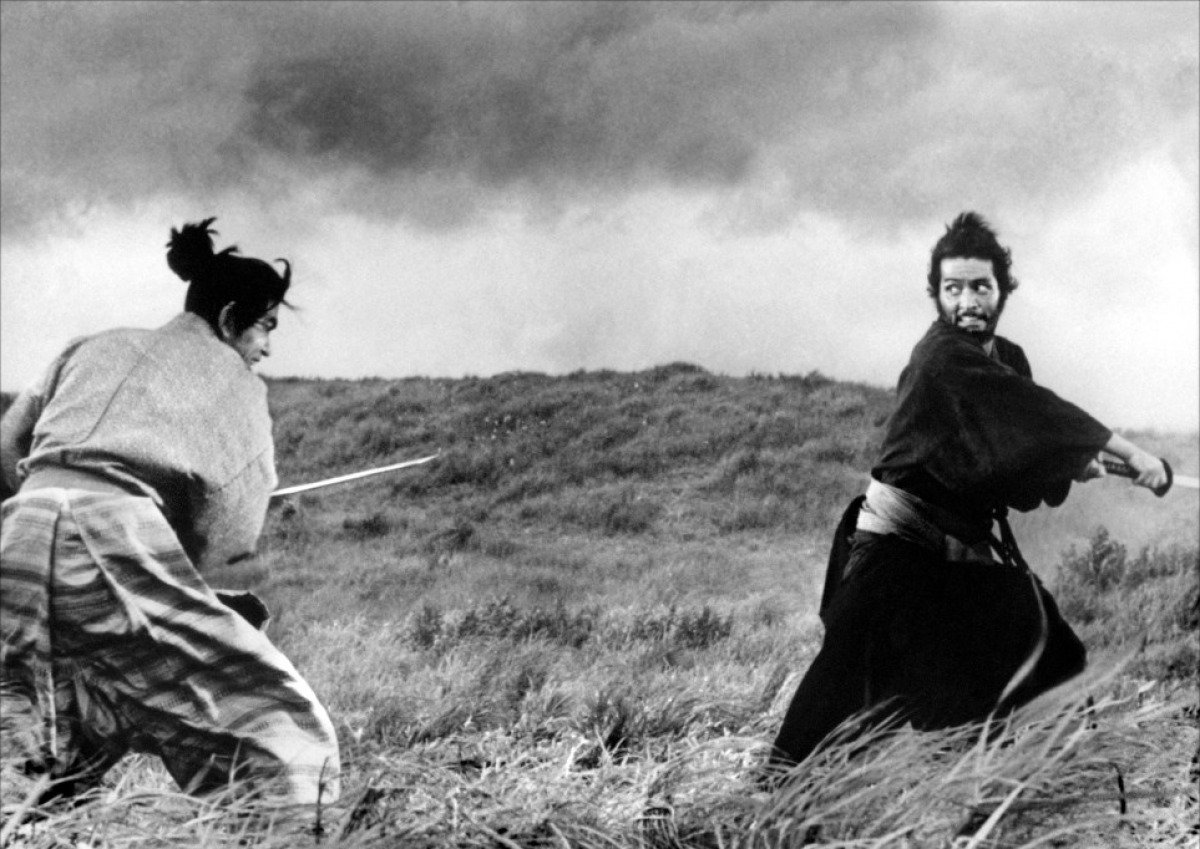 Today the fighting game scene seems nigh impenetrable. I love fighting games, but I fear them. I hate the idea of having to buy and maintain separate peripherals in order to “git gud.” I don’t understand how people can master the mechanics of the game so quickly. I have been playing the fuck out of Dragon Ball FighterZ, and it’s excellent, but despite only having a couple of days of available beta time, I am running into players who are clearly ten tiers above myself and the rest, who can lock me in an inescapable combo I have no idea how to break out of. I have a lot of fun. I win about half my matches. But sometimes the effort required my on part and the concentration level along with it is absolutely draining.

It’s exciting, though; I love seeing that level of raw skill in a video game. Something you can really take the time to master and excel at, where there is a clear difference between the bottom feeders such as myself, and the hardcores. It gives you something to aspire to. And in the world of Dragon Ball, that shit is even more apt; the whole point of Dragon Ball is getting better, stronger, facing stronger opponents, beating your rival. And Johnny and I were big fans of that shit, and watched it every. Single. Day.

I mean, I was obsessed. I taped episodes and made custom labels for them. I spent hours trying to download subs from shitty, virus-infected websites on my Emachines desktop that would randomly fire up like a jet engine until the caps on the power supply were about to burst. I watched the movies in Chinese because I couldn’t find proper English sub versions of them. In America, Dragon Ball Z had been getting big for awhile, but it took a long time for it to hit Canada in a time slot that wasn’t five in the morning. 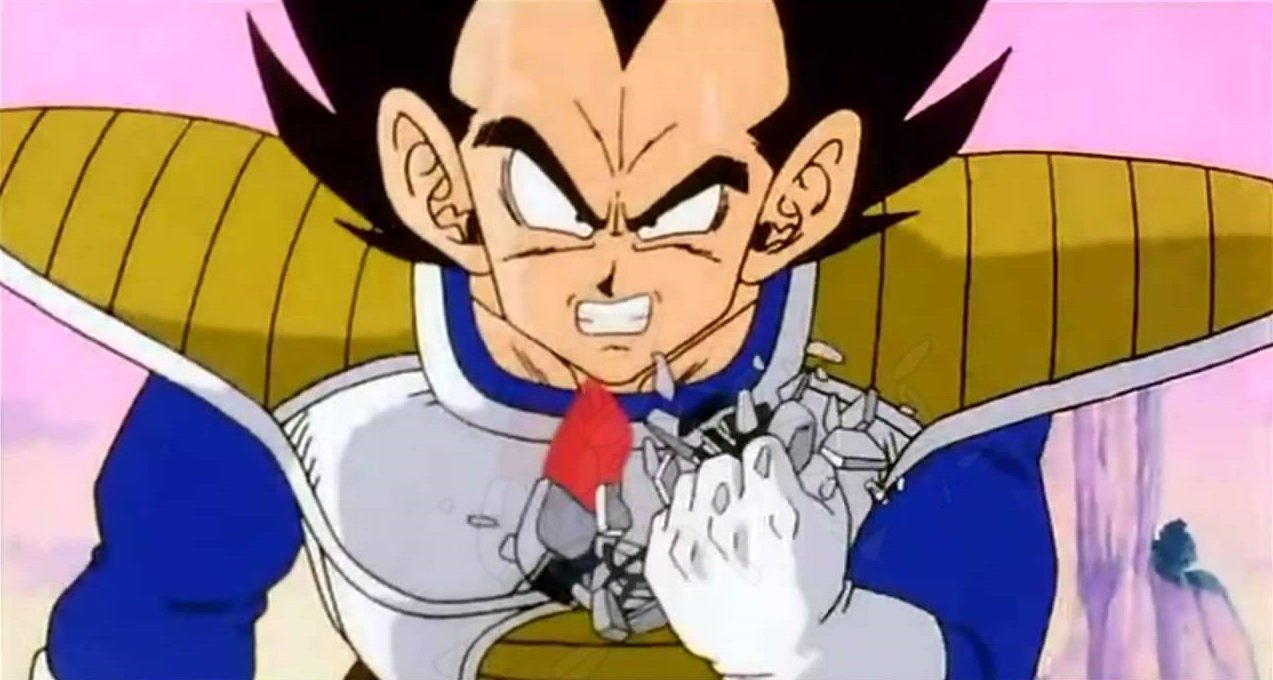 Dragon Ball Z: Budokai 3 was a big one for us. It was the first in the Budokai series, for me at least, that really captured the look of the series properly. And it was absolutely packed with stuff to do. It was a big dumb brawler through and through with a simplistic combo system that was easy to penetrate, and again we wasted weeks of our time repetitively playing the game until we were sick to death of it.

One time we did mushrooms and tried to play it, and ended up having a horribly bad trip, stumbling around outside, getting picked up by our drunk friend in his shitty decked-out Civic and cruising around the neighbourhood until he puked all over himself. Eventually we got back and I sat in the bathroom and cried, and throughout the rest of the night I just remember the music from the pause screen playing over and over again monotonously for hours. We slept ‘til noon after that, and still feeling the effects (and hearing that goddamn music in my head), finished our Goku and Vegeta match, which fizzled out like a disappointing fart. Not worth the game being left on all throughout the night, anyway.

Our relationship was definitely toxic. We had a rivalry akin to Goku and Vegeta, but sometimes it felt like we were competing to see which one of us was a shittier human being. I was forced to deal with Johnny’s emotional outbursts, and usually kept my cool as much as possible because Johnny would run a power play against me when my opinion on something was too strong. I used Johnny to validate my own failures, and compared myself to him. “At least I’m not Johnny,” I’d tell myself before taking off to his house and killing an entire weekend, getting nowhere.

It felt good to hang out with Johnny because it made me feel better, even though I was in the exact same place as him. On a couple of occasions things got physical and ended badly for me; Johnny was a short-tempered thug with emotional problems. I watched him pound more than a couple of people to a pulp when they did or said something that rubbed him the wrong way. When we would get into it, he made sure never to seriously hurt me – more my feelings than anything, which is why it always felt good when I dominated him with a winning streak in one of our fighting games. 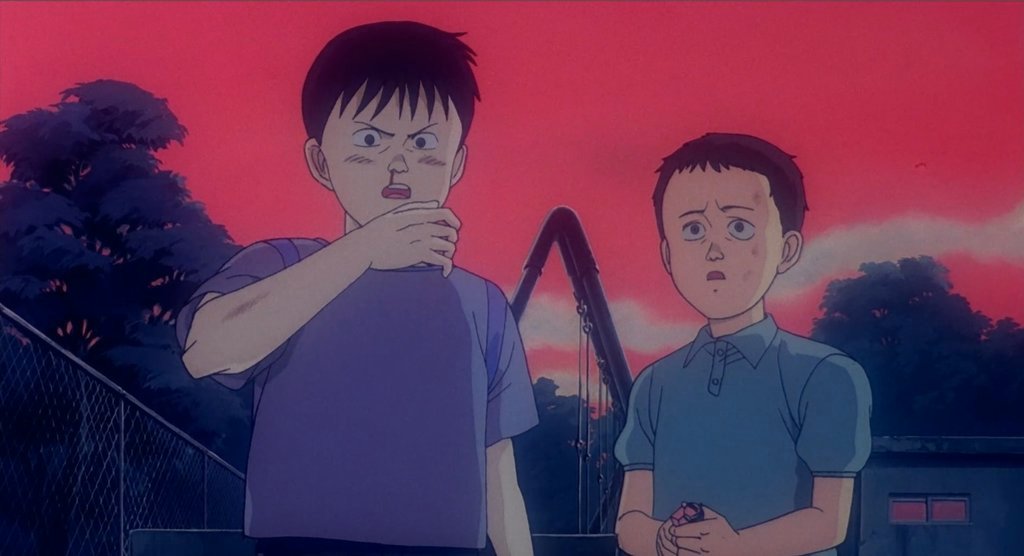 The next big one was Guilty Gear XX which we got into on accident. I was bored and perusing Wal-Mart when I found it sitting on the shelf, and it looked interesting enough. I remember it being pretty expensive, but my money had no value back then. I worked just hard enough to buy games and booze (but never drugs; I refused to deal with dealers directly unless it was through Johnny), so it didn’t bother me to take a chance on it. In Johnny’s sour-smelling basement, around a coffee table covered in empty beer bottles, makeshift bongs, and cigarette butts, we played.

And holy shit, did we ever play the fuck out of it. I was Ky Kiske, who reminded me of Mitsurugi. I loved the way his moves seemed to flow so seamlessly into one another. Sometime later, I met a guy at work who was seriously competitive about fighting games, and all of his friends played Guilty Gear XX. I went to his place thinking I would get crushed by “real” players before realizing I was winning big time. I didn’t think I was that good at all, or maybe that they were all shit, but either way it felt good to have people I didn’t know be impressed by my level of play. Years later, I tried BlazBlue and humiliated a friend of mine who had been playing for months. It helped that the mechanics were so similar. Though if I’m honest, I think he was just really fucking bad at it.

Eventually I moved and only saw Johnny every now and then. Got away from the shitty trailer park scene (that’s not a jab at some stereotype – it’s literally where I lived and where a lot of this shit went down) and moved out with my girlfriend. Johnny came over occasionally, still doing the same old crap, and things just weren’t the same anymore. He wanted to get loaded, I didn’t. At that time, I didn’t even really want to play games.

I invited him to my wedding, and he tried to pick a fight with one of my groomsmen, and I had to stand outside the hotel and calm him down for an hour while he drunkenly spouted bullshit at me about how I changed, how I wasn’t the same anymore. Then he texted me while my wife and I were in our hotel room getting undressed afterward (nothing feels better than peeling off wedding gear, good God. It’s like taking off a wet suit. We just laid there for like an hour and watched Holmes on Homes, so fucking good) with some sob story about how he was sorry. I never spoke to him again after that. I was mad, upset, and disappointed he couldn’t even hold it together on the most important night of my life. It was over.

It was a relief.

Still, when Dragon Ball FighterZ was announced, a mix between two of our favorite properties, I couldn’t help thinking about him. We suffered in our slough of desperate, street-trash misery with one another for years, friendless and emotionally damaged. A pair of emotional parasites almost diametrically opposed in worldview with one or two frivolous things in common that kept us clinging together out of loneliness. Eventually he moved away and I don’t know what he’s up too, but I hope he is doing well.

Playing through the beta of DBFZ, I imagine how much we would have loved it; what a fucking game! Guilty Gear Z pretty much, and more Dragon Ball than any Dragon Ball game has ever been. In truthfulness we were probably horribly low-tier garbage players, but because we worked and progressed together and challenged one another, our fights always felt pretty evenly matched in most games. It was nice to have a fighting game buddy, and the genre has never been the same for me since our falling out.

Admittedly though, life itself has been better. I am very careful about friendships now, and they don’t come easily. I wish I had opened up a bit to Johnny the one and only time he broke down, dropping the tough-guy shit and showing a little humanity for once in his life. Maybe I could have helped him. In his own fucked-up way he cared about me, and I did too, but I’ve got my own trust issues. He grew up in a mess with shitty parenting and drug culture fucking up his life. Fighting games were our mutual escape, the one language we could speak to one another, and where we both felt most comfortable. Apart from them, we barely had anything in common. That was me and Johnny; get fucked up, fight each other, figuratively and literally sometimes. If he is playing the game today, I wonder if he’s thinking about our awesome matches, our rivalry, and our constantly pushing one another to get better at the game. 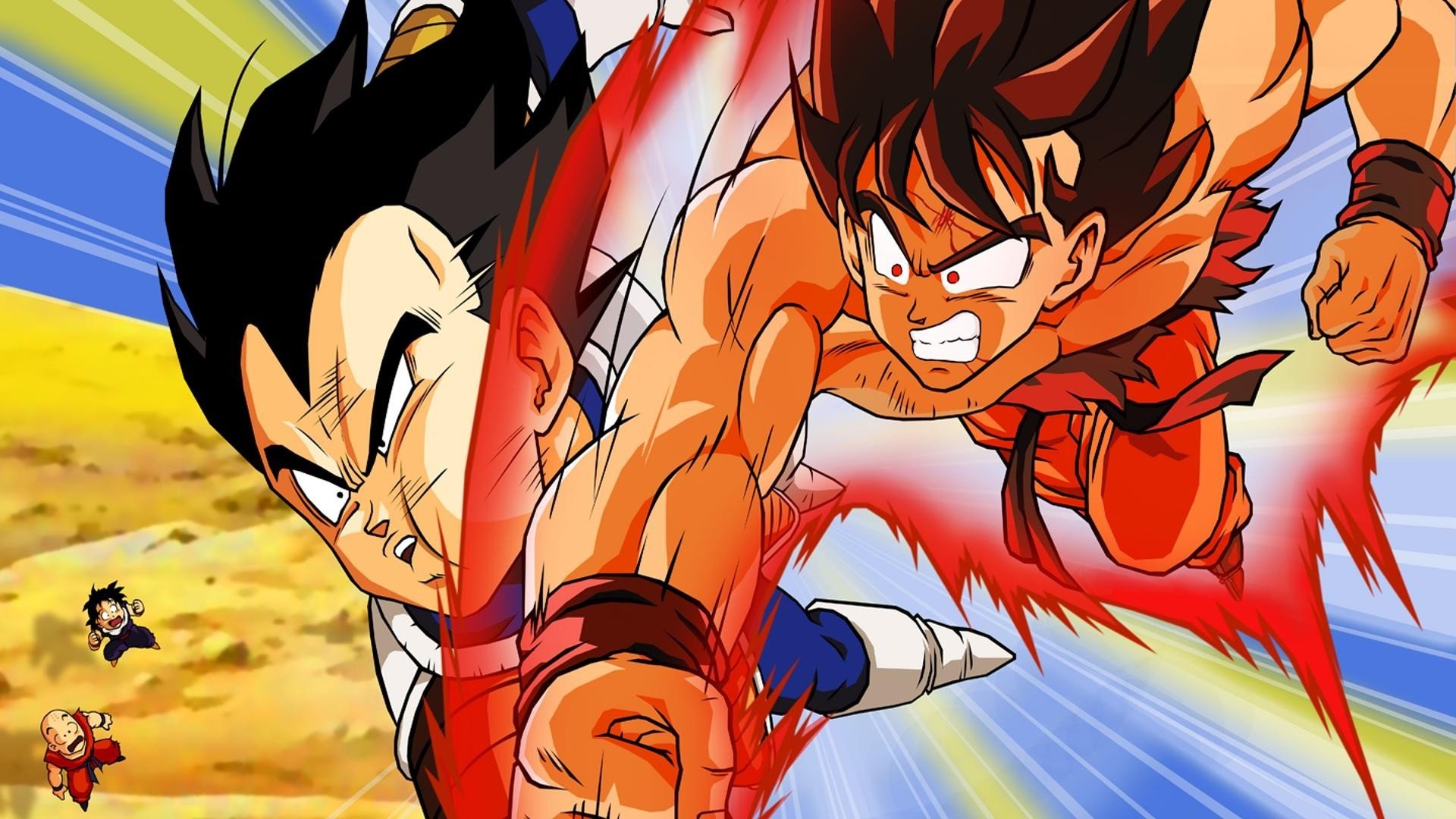 Maybe I’ve played against him online and don’t even know it? Sometimes I wish we would have spent less time trying to push one another to improve in game, and more time in reality, encouraging each other to be better people. Either way, for all its flaws, our time was fun while it lasted. Eventually though, it’s time to move on.