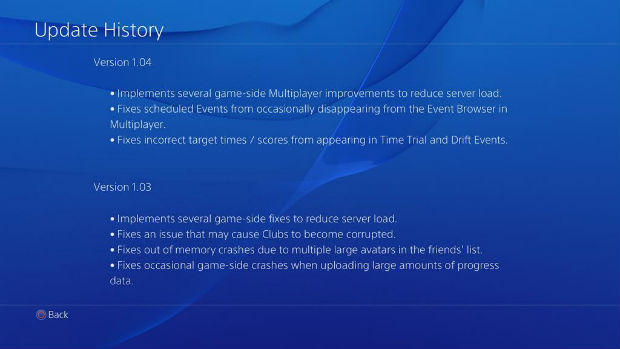 It hasn’t been a great launch

Driveclub is finally out, but Sony hasn’t had a very smooth launch so far for Sony and developer Evolution Studios. Along with a multitude of crash errors, Sony also took the PlayStation Plus version of the game offline temporarily to ease the server load.

You can grab patch 1.04 now, which fixes server-side problems as well as multiple crashes and glitches, but users are still reporting errors, so it seems like Evolution Studios’ work isn’t done yet.