Get in, totally disregard your seatbelt and saftey, and get ready to take a spin with me in upcoming PS4 game DriveClub.

It’s arcade racing not unlike others you’ve likely played, though maybe just a bit better looking with the PS4’s graphical muscle under the hood. But is that enough?

DriveClub wants you to get behind the wheel and show off, and I tried to do exactly that in a beautifully rendered Audi R8 in a time attack ride around scenic Scottland. Despite the game being pre-alpha, at about 35 percent done so far, DriveClub looks smashing with its glossy cars, fancy lighting, and high level of detail. And when you drive poorly it also looks…well, smashy. Damage modeling is in place in DriveClub.

This E3 build of DriveClub had individuals going up against each other in a mostly standard time attack race, though there were some added objectives to hit at places on the track. Passing through a zone during your race, you might be prompted to perform the best drift, or hit the highest speed. As you’ve seen in other arcade racers, here you’ll also earn points for your performances. These points go toward your club’s overall score. It seems that different areas of Sony’s E3 booth were competing against each other as rival clubs. I did my part to help. 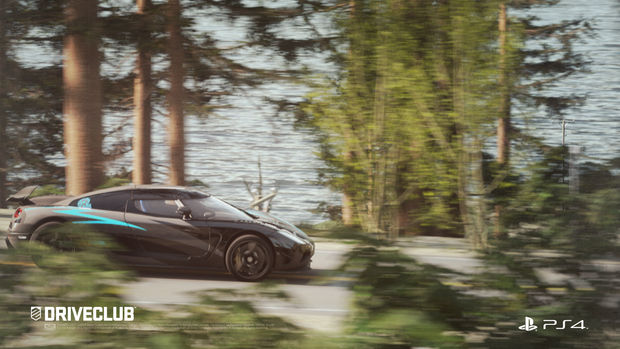 I was of no help to the leaderboard when I tried out the DriveClub‘s motion sensing tilt-to-steer control option. My lovely R8 was quickly rammed up against side rails as I struggled to get a feel for the control scheme’s sensitivity. I wobbled around on the road for only a few minutes before switching back to the standard control scheme.

DriveClub gave me my first chance to try out the new PS4 controller in a racer. I’m glad to say that the DualShock 4 feels like it was made for racing games. Everything from the grippy analog sticks to the hand feel and weight made me want to take the controller home with me. I really dug the new triggers of the DS4. Their improved sensitivity and grip made getting back on the road easy. There are nice finger indentations on these triggers that make accelerating and braking feel more secure and solid than ever. Evolution did a nice job of using what Sony gave them to dial in a great drive feel. 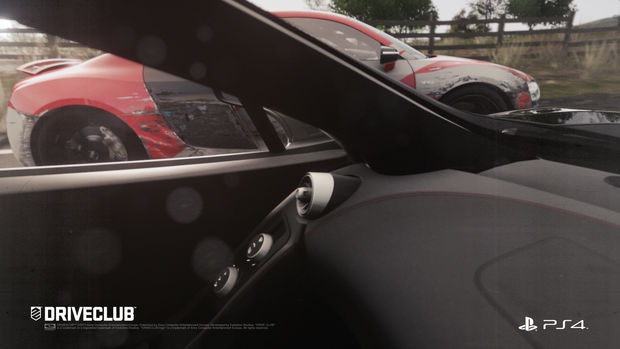 But, from what I saw, there’s nothing exciting enough about DriveClub to make you want to trade in your old ride for it. Parts of it look really nice, and the feel is spot on for arcade racing, but we’ll have to see more to know if it goes beyond what other available arcade racers offer. I suppose it does what a launch game racer is supposed to do, though.