Guacamelee 2, the sequel to Drinkbox Studio’s Luchador Metroidvania adventure, was announced last October during the PlayStation showcase at Paris Games Week. Ever since then, I’ve been dying to get my hands on it.

Thankfully, I got to check out a 20-minute slice of the game with the Drinkbox devs at PAX East, and I’m ready for some more Lucha Libre action. 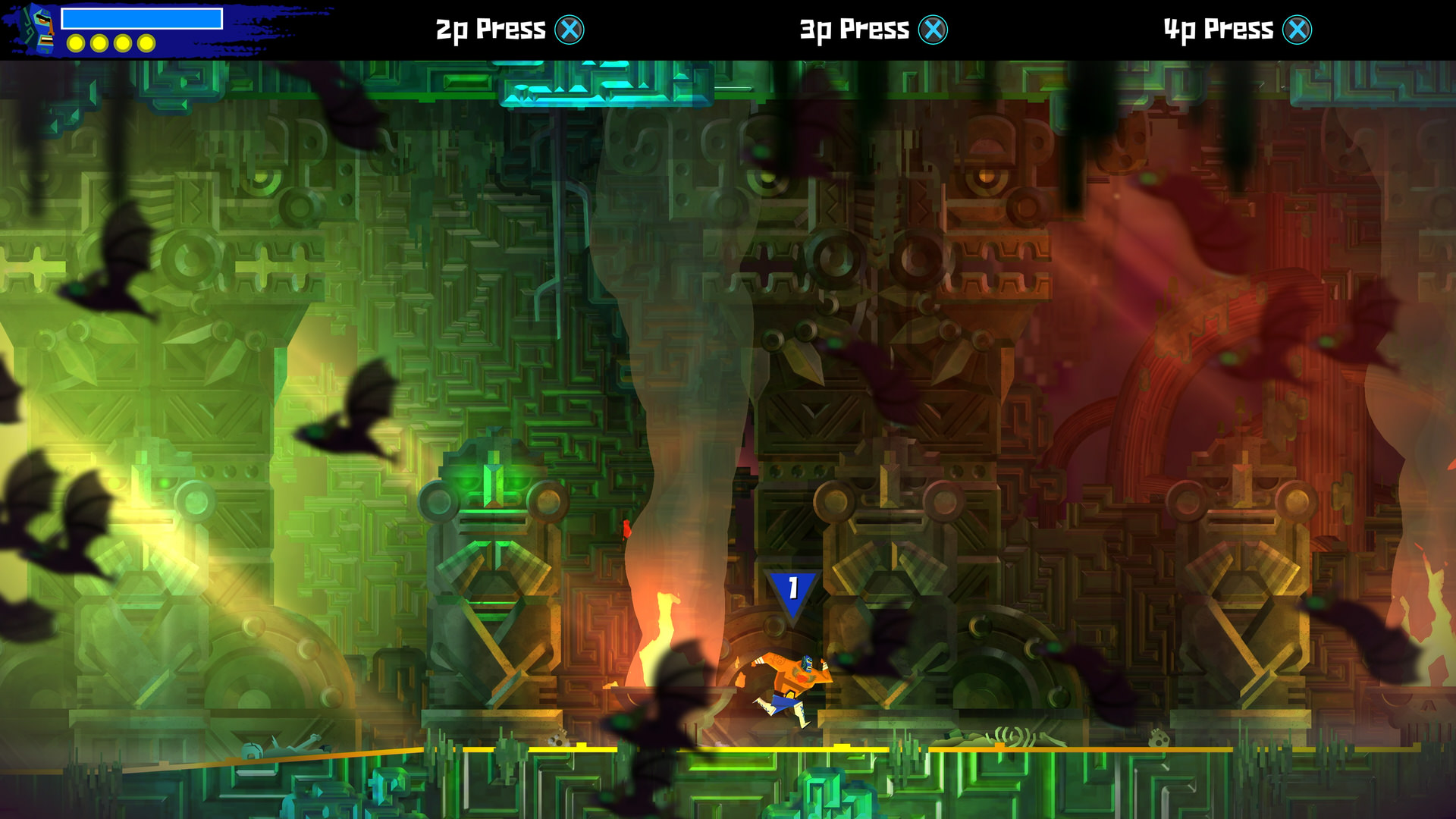 Juan Aguacate is back and forced out of a peaceful family life when a new evil threatens the world. Like the original game, Guacamelee 2 is packed with that Luchador machismo and bright, colorful art. It looks similar to Aguacate’s first outing, but new gameplay concepts will keep it from playing too similar as well. For starters, the developers tried to spice up level design with some environmental mechanics. I got a look at two examples during my brief time with the game.

Eagle markers hanging in the backdrop of rooms allow you to perform a longer air dash –called Eagle Boost — letting you cross larger gaps or attack out of reach enemies. Later in the level, the backdrop would move, changing the layout of the room by transporting it through time. One minute I’d be standing on a platform and the next I’d be burning alive in a lava-filled chasm. 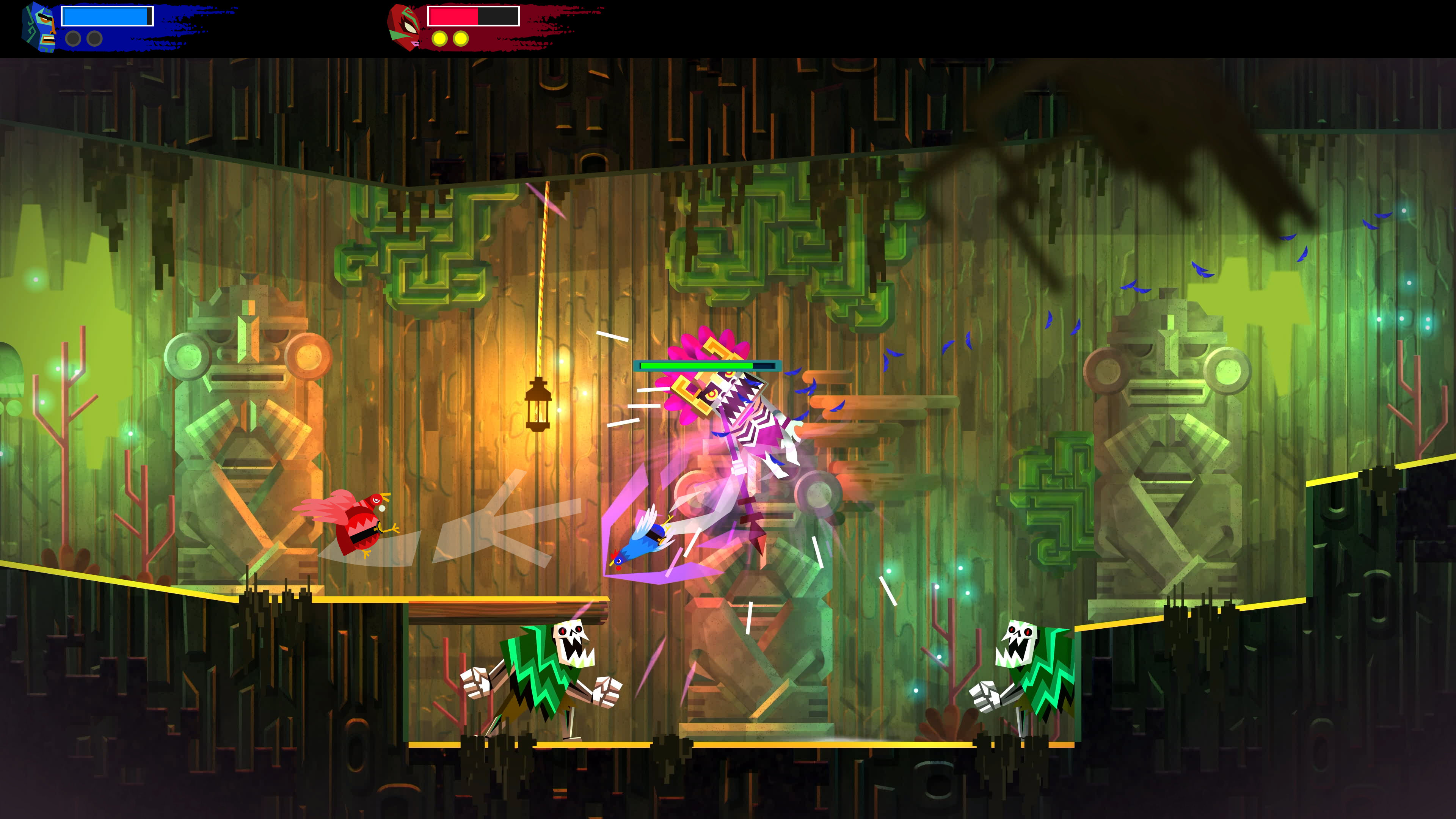 The biggest change to Guacamelee’s formula is the addition of skill trees. As you progress through the game, you’ll be able to spend skill points on abilities that suite your playstyle. There’s a whole skill tree just for grapple moves — my favorite part of Guacamelee — and even one that focuses entirely on your chicken form.

You read that correctly by the way. Once you unlock the new Chicken Shot ability, you’ll be able to turn into a chicken at will, passing through smaller crevices and utilizing a whole different set of abilities. 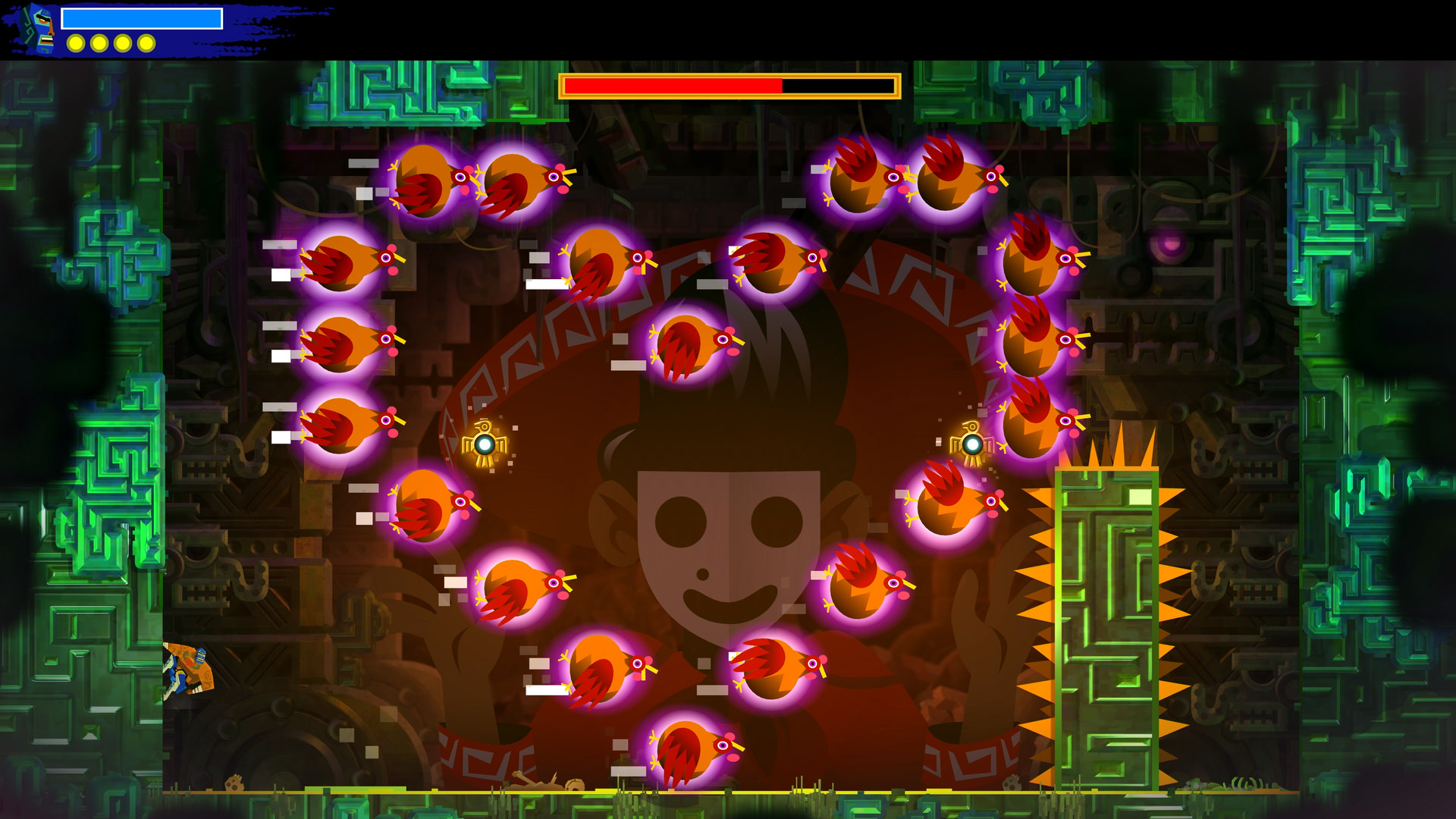 Guacamelee 2 will be powerbombing its way onto PS4 and PC sometime this later year. The Drinkbox team says to keep your eyes peeled for an official release date very soon, something they’ve been saying since the game was announced several months ago.