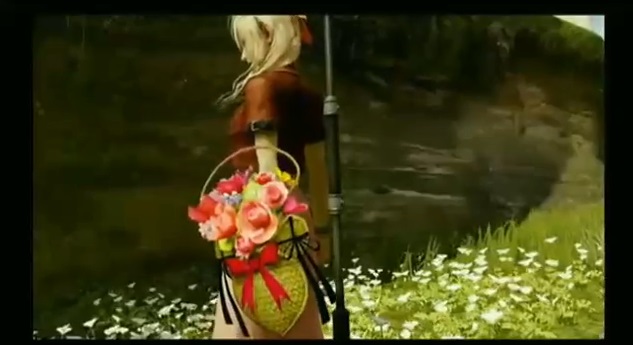 The costume comes with a flower basket and everything

In addition to Final Fantasy VII‘s Cloud, it looks like another costume is joining the ranks for Lightning Returns: Final Fantasy XIII — Aeris [Aerith]. Yep, that’s right! The famous companion will be available as a costume, adding to the already cramped repertoire of feudal Japan outfits and other Final Fantasy characters.

Right now this costume is only confirmed for Japan, where players can redeem a code from a Lightning Returns strategy guide. If it doesn’t make it into the initial international release, you can bet that the super ultimate GOTY edition will have it!