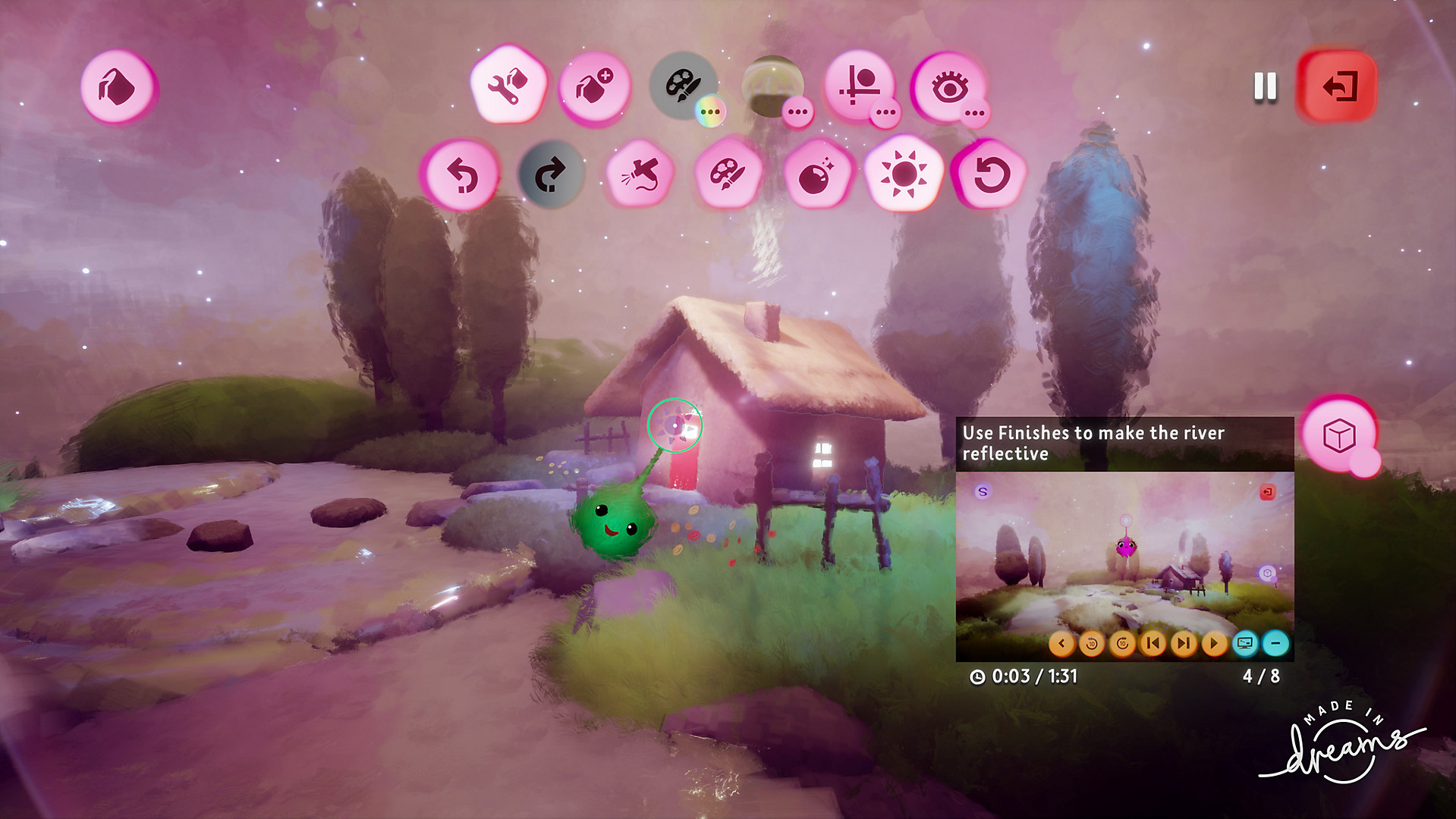 Creation tools minus some features and finer details

After an encouraging beta last month that helped bring “ingenious and wonderful” creations to life, Media Molecule is prepping a new phase for Dreams, a PS4 game designed to let players “make their creative mark on the world from their living room.” The next step is Creator Early Access this spring.

The developers say they’ve “scratched our chins and tried to figure out the best way to put the game in the hands of our most enthusiastic dreamers and allow us to continue crafting and polishing it for everyone.” The end result? A $30 early access version of Dreams with a “strictly limited release.”

Media Molecule promises the “full set of Dreams creative tools” along with tutorials and arcade games. As the early access initiative strolls along, the team will add “more features, tutorials, arcade levels, and assets.” The general idea is to “prioritize all the awesome stuff we’re already working on and get feedback as player needs develop and evolve.” Here’s a tentative recap of what’s in and what’s out.

If you buy into the Creator Early Access, you won’t need to pay for Dreams a second time.

“The most important thing is to know that the Dreamiverse is going to form around you, so if that gets you excited, Early Access is for you,” said studio director Siobhan Reddy on the PlayStation Blog. “If you participated in the beta and felt like Dreams wasn’t fully featured enough for you yet, or you wanted more Media Molecule game content, then Early Access might not be for you. We’re working on all those things during this period so that you have everything you need on your first day in the Dreamiverse.”

This news is particularly interesting given that the basic “early access” concept hasn’t made it over to PlayStation 4 in the same way as programs like Xbox One’s Game Preview. I don’t see this as Sony opening the floodgates, but maybe it’ll be willing to make more exceptions in the future.

If all goes to plan, Dreams should be in a good spot when it fully launches. Get the most passionate players in early so the game is overflowing with cool stuff by the time the general public plays. Checks out! It’s so crucial for creation-centric titles like this to make the best possible first impression.