[For his Bloggers Wanted essay response, Altum Videtur dreams of a game that is little more than an experiment in social interaction, an area he feels is severely lacking in gaming. Want to see your own words appear on the front page? Get writing! –Mr Andy Dixon]

Given a limitless amount of money and talent, I’d make a new Metroid game.

Given a limitless amount of money and talent under the condition that I cannot use it to make a new Metroid game, my first instinct is to look at the things videogaming as a medium has historically floundered with, and try my utmost to do those well.

High atop the list is human interaction and behavior. Whether through text parsers, pantomimes, lists, dialogue wheels, or occasionally outright murder, the almost-literally limitless range of things a person could possibly say or do to another person has been impossible to accurately account for. And with modern scientists still struggling to fully understand how the human mind functions, replicating such behavior in-real time is the domain of gelatin-soft space magic. So, we resort to familiarly crude approximations, where Cole Phelps might interpret “Doubt” as “I KNOW YOU TORE HIS HEAD OFF YOU MURDEROUS BASTARD, ADMIT IT!”, and medieval shop-owners think nothing of finding their shelves completely empty after that fine young adventurer placed a cauldron over their head.

The cause is simple and obvious, but I will note it anyway: because a person’s range of reactions is so vast and complex, dynamically simulating it in the same way a game handles, say, its physics model, simply cannot be done. Even if a workable method were in place, the processing power required would likely be beyond what our plebeian chipsets are capable of. Consequently, games fake it, providing a few of the most necessary and pertinent reactions (you hit me, I get angry) and reducing dialogue to a slightly more complex rendition of the Choose-Your-Own-Adventure book. And, as these systems tend to find themselves in huge RPGs, the world and cast of characters are often so massive that creating deep and varied conversations and reactionary behaviors would require the kind of disk space and manpower that you couldn’t find in NASA’s wettest dreams. 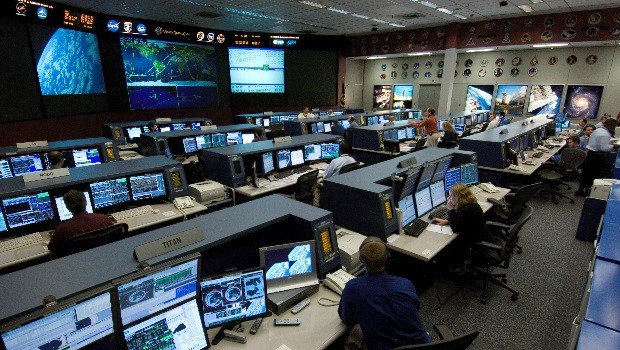 Because that’s what ignites their rocketry.

So there’s the problem; but how to solve it? One of those facets — impracticality — is an easy fix. My game would contain, let’s say, only five characters, not including the player. Each character would, of course, be as fully deep, dynamic, and fleshed-out as possible, not only so that they are interesting people, but so that I’d have a clear model upon which to base their dialogue, reactions, routines, and so on. The game would take place in a single small location, so that these characters (and the player) could be tied into virtually every potentially interactive piece of the environment.

As for the premise, some sort of post-apocalyptic shelter-like thing comes to mind, like a sealed nuke-bunker on a ruined planet. Or perhaps a tiny spaceship coasting aimlessly through uncharted space. But what of the gameplay? Because the purpose of the game is to try and provide the most deep, varied, and realistic model of human interaction possible, mechanics would be centered around precisely that. The key here is what to “allow” the player to do. The typical method of assigning four keys (or a stick) for movement, the mouse (or another stick) for looking, and a button for “using” can insert itself into quite a few things, but it’s likely there would need to be separate buttons for (at least) using, picking up, using while holding, and speaking in this game. Any finer control (e.g. turning dials) could then be replicated Heavy Rain-style.

Like, the good kind of Heavy Rain. Not ^this kind.

Of course, that “speaking” thing is what poses a little problem, in the same way that this “gravity” thing poses a little problem for men trying to fly off the roof of their house. Again, the range of things even one person could say is practically limitless, and that figure does nothing but multiply exponentially for every new line in a conversation. With (non-supercomputer-powered) language parsers nowhere near “realistic” fidelity, and complex language synthesis equally as out of reach, the game would almost certainly have to use another variation of the dialogue tree model. But here’s how I’d try and make it different.

Hypothetical: the player approaches a character from the front. The character (automatically) utters some manner of greeting. Several options appear on-screen, some “default”, some contextual, based on what the player might be carrying. These could manifest as Mass Effect-like “thoughts”, which are then turned into actor-spoken dialogue, or full sentences, which the player would then speak aloud through a microphone. If the player does not select an option, the character might brush you off, or inquire why you’re staring at them. Some of those options would then change to fit the new context. While the character is speaking, dialogue options might pop-up mid-sentence; the player could then interrupt the other character with these, and potentially receive an appropriately irritated response.

This would, of course, require a ton of careful precision and timing, but the key point is that the only real “limit” is time and effort – something the game’s setting (and undoubtedly gargantuan stacks of energy drinks and Chinese take-out) could take the fullest advantage of. After that, the bulk of the effort would consist of more well-worn things: working out a plot, figuring out where to branch it, and creating Skyrim-like routines for each character (which would account for player sabotage).

The only thing left, then, is a title. With none of the usual Title-o-Matic ready-made templates likely to fit (can’t find a place for “War”, “Redemption”, “Chronicles”, etc.), I think it’d be prudent to simply call it what is is: A Social Experiment.