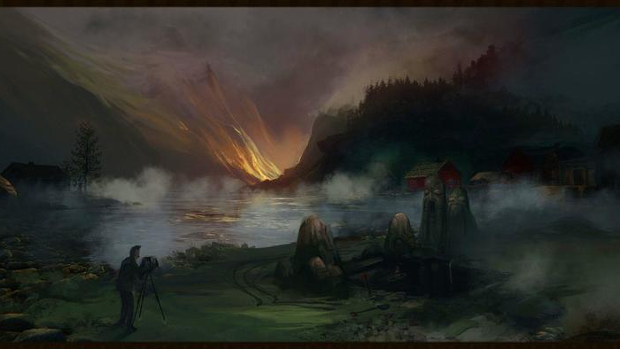 Red Thread Games has announced Draugen, “a first-person survival horror adventure amongst the mountains and fjords of the Norwegian west coast in the 1920s.” I am immediately interested because it’s a new IP, it’s a horror game, and the word “fjord” is great!

The company was awarded a $144,000 grant by the Norwegian Film Institute to help fund the project. It’s development won’t affect Dreamfall Chapters. Draugen, which is being developed for PC, Mac, Linux, and “next generation consoles,” is coming from a different team at Red Thread.

Reading up on the premise, it sounds great. I’m down for this!

“Draugen (Norwegian; meaning “the Draug”) is an undead creature from Norse mythology. The original Norse meaning of the word is ghost, but unlike traditional ghosts the Draug has a corporeal body and physical abilities. Draug reside in their watery graves, guarding the treasures and secrets that were buried with them. And they will protect those secrets at any cost.”