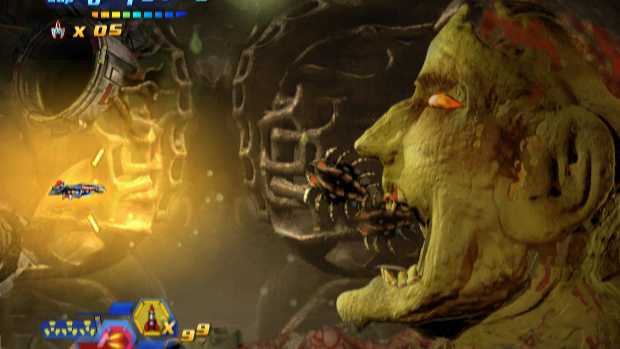 Shooters, SHMUPS, STGs. Call them what you want, but let’s agree we don’t have enough of them these days. Indie developers are changing that and are doing it on an unexpected platform: SEGA’s Dreamcast.

The latest two shoot-em-ups are Sturmwind, released last week after 16 years of development, and Ghost Blade, which is slated for later this year.

Sturmwind was conceived on the Atari Jaguar in 1997– the game was called Native, at the time — only to be released on the Dreamcast, on April 23, 2013. Between it’s solid shooting mechanics and gorgeous comic aesthetic, the long development time shows in the polish. Sturmwind features 20 bosses, 16 stages, and online leaderboards. The game can be purchased in an equally gorgeous limited edition package on Red Spot Games for €69.95 or its standard version at €34.95.

Ghost Blade comes from Hucast Games, which includes members of recent Dreamcast action title GunLord. After successfully funding Dreamcast/iOS shooter Redux: Dark Matters on Kickstarter, part of the team split off to develop Ghost Blade. The game is still in an early state but we now have footage of it in action. Redux is still in development, postponed from its December 2012 launch so the team could add a seventh stage.

Who ever could have guessed that the Dreamcast would have such a long life span or that indies would keep it alive?