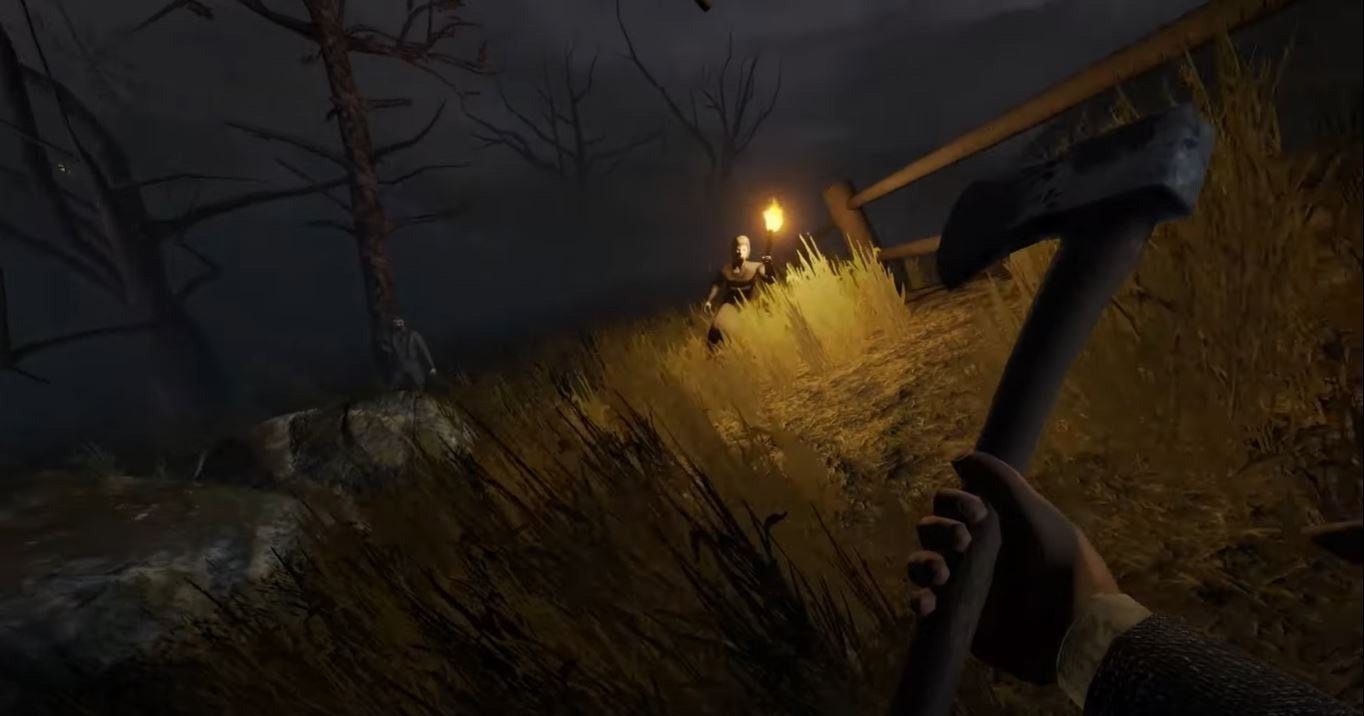 [I’m a huge fan of bite-sized games. The goofier and weirder, the better. I had heard of Dread X Collection before, but I’d never really taken a closer look at it until Mr. Knives conveniently put this blog together covering the series. Immediately after watching these trailers, I went ahead and bought them all. Some of it seems like standard indie horror fare, but a lot of it looks like it goes to some pretty fun places. – Kevin]

Think about how cool it would be to have a bunch of wildly different games in one collection. Think Heavy Metal. Think The Animatrix and Love, Death, and Robots. Think of video game anthologies, which were almost non-existent outside the occasional retro compilation that seems to come out every generation until the release of The Dread X Collections.

This is different though. It’s is raw and horrifying. It’s hilarious and action-packed. It’s janky and sometimes clunky to play.

This is Dread X and I am so thankful for its existence.

Dread X is a collection of bite-sized game experiences all centered around a single theme. It’s more in-depth than something like Mario Party or Warioware but just stopping short of the 5 to 8-hour campaigns seen so often in modern gaming.

The Dread X collections gather different developers to build short games centered around a theme, put them in an affordable package, and be released to the general PC gaming public. What we get is an uneven, sometimes jarring, sometimes frightening, but always fun collection of games that truly show the nearly limitless potential of some of these developers’ imaginations.

Spearheaded by David Szymanski, the creator of boomer shooter Dusk, each Dread collection comes with at least several games that vary in length. Some take only a few minutes to complete while others can take upwards of one hour to fully play through. Each game though is wildly different in gameplay, visuals, and themes making each one worth checking out, as you’ll continually want to see what’s next. One moment you’ll be stuck in a world while a comet slowly plunges towards Earth, and next you’ll be stuck on a deserted island with a bucket that keeps asking you to do more sinister deeds, only to finally be a pistol-packing priest sent to a Resident Evil-esque mansion with the task of shooting demons and exercising humans.

The latest release in the Dread X series, The Hunt comes the closest to forming an overarching narrative and an attempt to loosely tie together these seemingly random games into one cohesive narrative. Pulling from movies like The Thing, you play as an explorer stuck in an abandoned Arctic base who has to complete each microgame to progress through the base and solve its deadly mystery. While one could argue that each game’s themes have nothing to do with the overarching plot, the gameplay more than makes up for it. You’ll take on spirits with your camera, a la Fatal Frame, only to find yourself fending off cultists with your one-hit-kill wonder flintlock rifle that you have to reload one agonizing step at a time, no pressing R here.

This variety is where the true strength of Dread X lies and helps set it apart from a more unified, traditional game. The thrill of the unknown and the unexpected nature that comes with it is in full force in each of these collections, giving you only a few moments to get your bearings on how each game works and what you need to do to progress. This more than makes up for some of the more uneven or forgettable titles as most of them are finished in a short period, and even if they don’t click with you, you can easily move on to another title.

However, the collection’s greatest strength is also is the weakest link. Far too often, there are games with many interesting mechanics or unique ideas that end too soon. There were multiple times in all three collections where I felt myself wanting more. More of that world, more of that cool mechanic I’ve never seen done in games before, more of that sweet lore that was just starting to develop. If anything, hopefully, it gives these developers the chance to fully dive back in and flesh out these ideas for a full-fledged title, but for now, I’m left with that empty feeling of wanting more and the melancholy that follows their completion.

I don’t hear these titles talked about very often through mainstream channels, and it seems even fewer people know about their existence. The ones that do either fervently love every aspect of them or feel that they are a jumbled mess that misses more than hitting the mark. It’s this extreme polarization that makes them worth playing at least once, if only for the reason to see a celebration of the horror genre of video games and the ability to see them now rather than years later. Dread X titles come out at a surprisingly fast pace meaning that new ideas and new experiences are always on the horizon without the need to wait for a long development cycle.

I’m not going to pretend that they are perfect collections, but I will celebrate their existence of cool ideas, vivid concepts, and talented developers getting the opportunity to show off what they’ve been dreaming up behind the scenes. I would rather have an experience that doesn’t always stick the landing but provides something interesting and memorable. Dread X does that. Hell, Dread X excels in that. If you’re looking for an experience a little less ordinary, I cannot recommend all four of these collections enough.

For more information on the Dread X Collections, please visit their website.

For weekly streams on retro and weird video games, please follow me on Twitch.