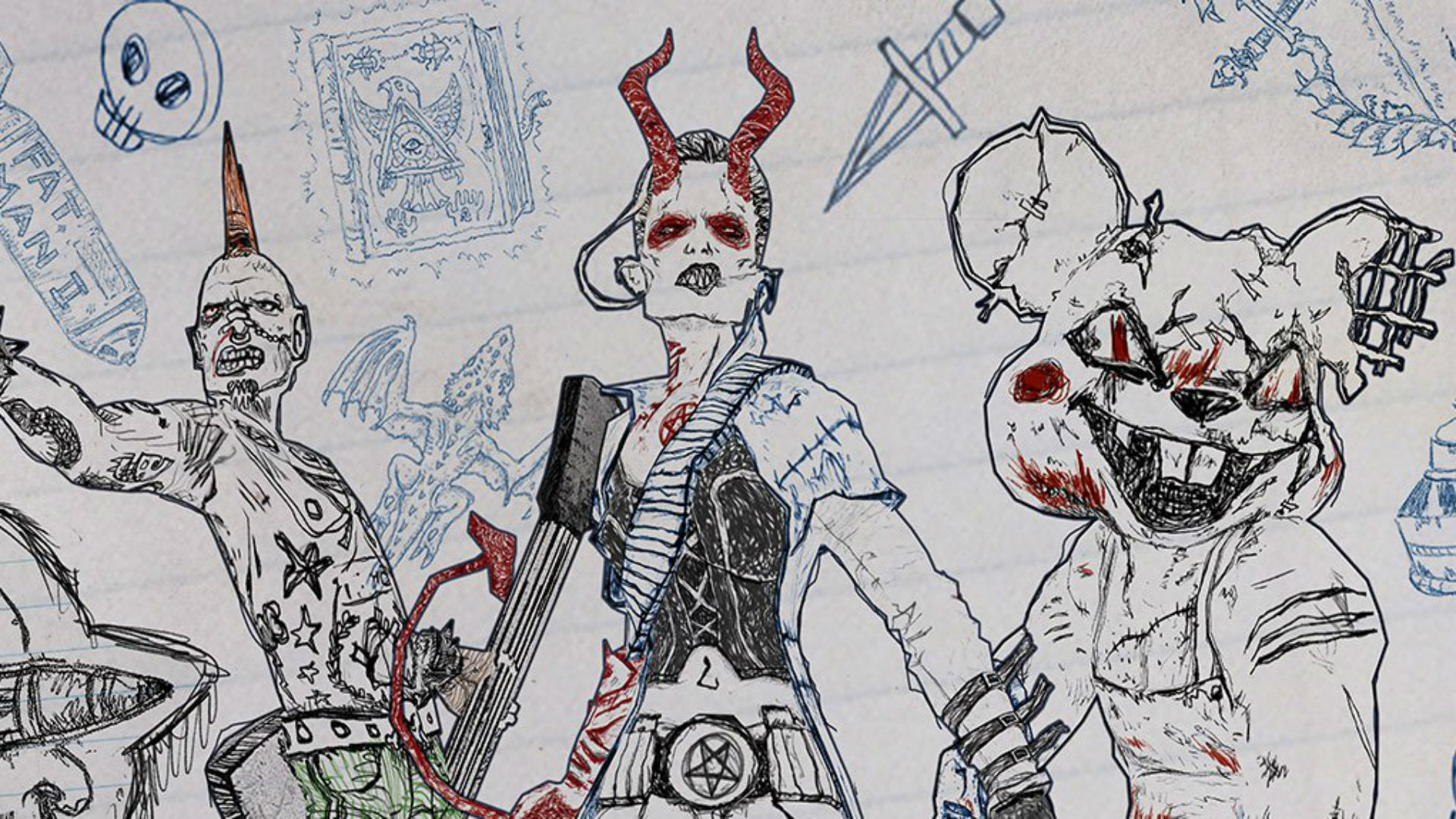 Did anyone else forget about this?

Honestly, I had completely forgotten about Drawn to Death until today. The last we heard of David Jaffe’s (Twisted Metal, God of War) kooky arena shooter was in 2014, but I’m glad to see it alive and kicking.

Drawn to Death is an arena shooter taking place in some disturbed teenager’s rowdy notebook. Given the nature of weapons like a fire-breathing dragon head, or characters named things like “Diablo Tijuana,” Jaffe designed a game directly for the audience who’ve been waiting to go on another Twisted Metal bender. I’ve always gotten destroyed in these games, but I want to try it out. The art style’s ugly, but endearing? I’m not really sure yet.

Drawn to Death launches for PlayStation 4 via the PlayStation Network on April 4th for $19.99.