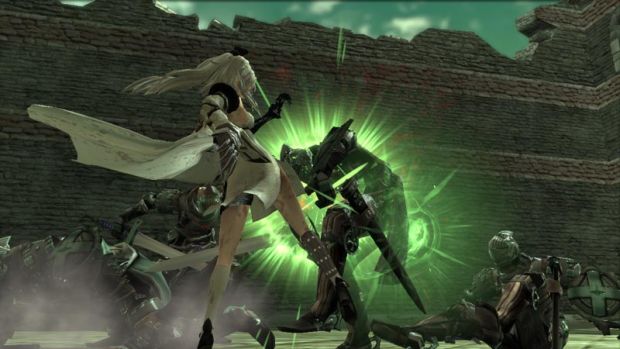 Look at all the stupid pre-order crap

Square Enix has announced that Drakengard 3 will be arriving on May 20, 2014 in North America for the PlayStation 3. Along with the release date they’ve announced a really convoluted pre-order system.

Then there’s the Collector’s Edition, which is limited to 5,000 copies. It’ll include all the tiered pre-order “incentives,” the complete Novella, soundtrack CD sampler, prequel stage DLC, Caim costume DLC, the giant baby hat DLC for your dragon, and a collectible poster.

The normal edition will run for $49.99 in retail and digital form, while the Collector’s Edition will go for $79.99 available only through the Square Enix Online Store.